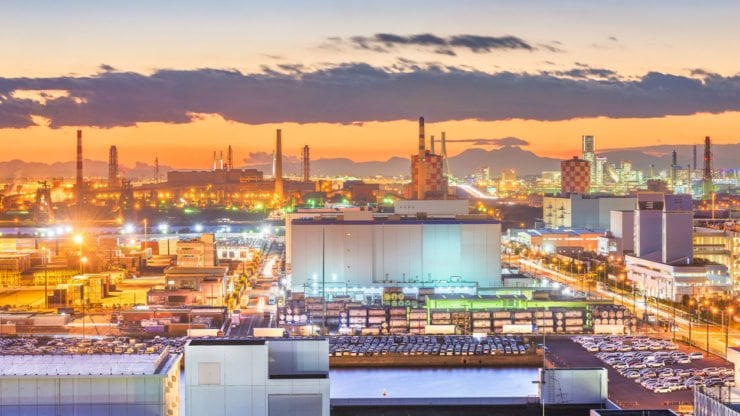 The USD/JPY price is down for the second straight day as investors react to the Japanese producer price index (PPI) and machinery orders. It is trading at 105.50, which is slightly below last week’s high of 106.10.

Japan is one of the biggest industrial countries in the world. It is known for its large manufacturing industry that produces some of the best machineries in the world. Therefore, the market pay close attention to the trend in the country’s machinery orders.

Data from the Cabinet Office showed that machinery orders from 280 big manufacturers increased by 19.8% in August from July. That was a significant improvement from the previous month’s increase of 7% and the prior month’s decline of 8.4%.

The closely-watched core machinery orders that excludes the volatile machines like ships increased by 0.2% on a MoM basis. They fell by 15.2% on an annualised basis. Analysts polled by Reuters were expecting the orders to fall by 15.6%.

These numbers show that the Japanese economy is making a slow recovery even as risks persist. For example, early this month, data showed that the Japanese manufacturing PMI remained below 50, which is a sign that manufacturers have a long way to go in the recovery phase.

Meanwhile, the USD/JPY also reacted to the producer price index (PPI) data. This number measures the change in prices of goods sold at the factory gate and is an important measure of inflation. The PPI declined by 0.2% in September from August. That was lower than the previous month’s increase of 0.1% and the consensus estimates of 0.2%. On an annualised basis, the PPI fell by 0.8%. These PPI numbers mean that the country has a longer distance to go until the prices reach the BOJ target of 2%.

The four-hour chart shows that the USD/JPY pair reached a weekly high of 106.10 on October 8. The price is below the 25-day and 15-day exponential moving averages. It has also moved below the classic pivot point. Also, it is above the pink ascending trendline that connects the lowest points in September and October. Therefore, I suspect that the pair will continue falling as bears aim for this trendline and the previous pivot point at 105.36.