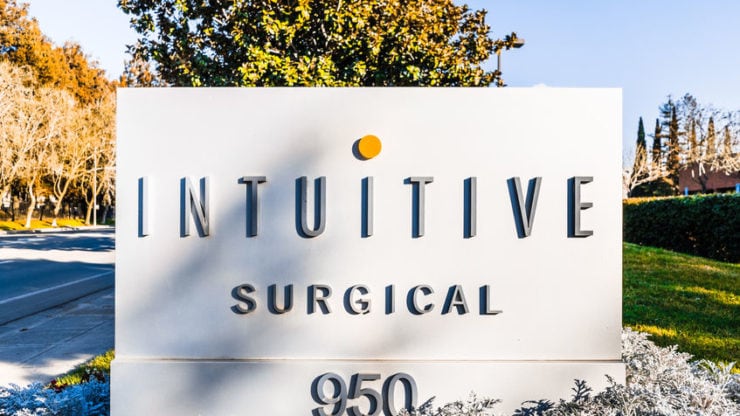 Intuitive Surgical Inc (NASDAQ: ISRG) published its earnings report for the fiscal third quarter on Thursday that came in better than what analysts had anticipated. The company, however, acknowledged the uncertainty due to the Coronavirus pandemic as it refrained from giving its guidance for the full year. Intuitive Surgical is globally known as the manufacturer of robotic da Vinci Surgical System that assists surgeons in several types of surgeries.

The COVID-19 crisis has so far infected more than 8 million people in the United States and caused over 200 thousand deaths. Here’s how the Coronavirus pandemic affected the Global Medical Robotics market in 2020.

According to FactSet, experts had forecast the company to print £748.67 million in revenue in the third quarter. Their estimate for earnings per share was capped at £1.56. In its report on Thursday, Intuitive Surgical topped both estimates posting a higher £840 million of revenue and £2.14 of per-share earnings in Q3.

In the same quarter last year, the American corporation had recorded a higher £870 million of revenue. Intuitive registered its GAAP net income in the third quarter at £242.95 million versus the year-ago figure of £307.17 million. In separate news from the U.S., Walgreens Boots Alliance said on Thursday that its sales came in 2.3% higher in the fiscal fourth quarter.

Intuitive Surgical said that its net income (GAAP) in the recent quarter saw a £47.97 million of push from unrealized gains attributed to the company’s strategic investments. The Sunnyvale-based firm launched Intuitive Ventures in recent months – an inaugural £77 million fund that will primarily focus on investing in other businesses that are committed to improving positive outcomes in the global healthcare sector.

Shares of the company tanked 3.5% in after-hours trading on Thursday. Including the price action, Intuitive Surgical is now trading at £552.45 per share after recovering from a year to date low of £284.54 per share in March, when the impact of COVID-19 was at its peak. Confused about choosing a reliable stockbroker to trade online? Here’s a comparison of the top few to make selection easier for you.

At the time of writing, the Nasdaq-listed company that develops, manufactures, and markets robotic products that assist in surgeries is valued at £67 billion and has a price to earnings ratio of 78.03.