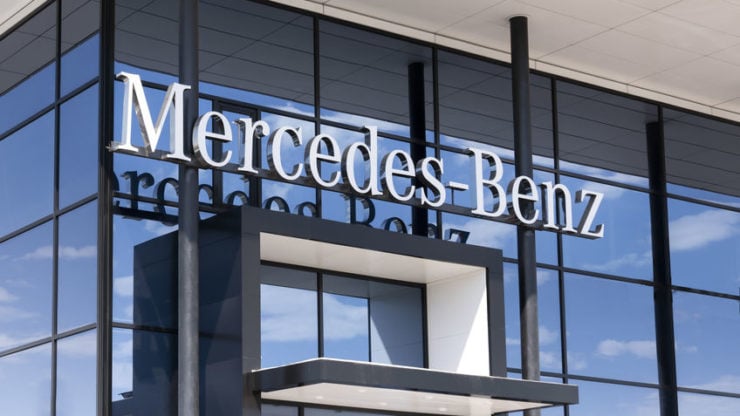 In its report on Friday, Daimler AG (ETR: DAI) said that its net profit in the fiscal third quarter was higher than the comparable quarter of last year. Revenue, it added, saw a decline in Q3 on an annualised basis.

Daimler closed the regular session about 1.5% down on Friday. Shares of the company are now trading at £44 per share versus a sharply lower £20 per share in March due to the COVID-19 disruptions. The German automaker had started the year at a per-share price of £45.50. Learn more about why do prices rise and fall in the stock market.

Daimler reported £1.87 billion of net profit in the third quarter as compared to £1.57 billion in the same quarter last year. In terms of revenue, the German premium car manufacturer posted a decline to £36.66 billion in the recent quarter versus the year-ago figure of £39.38 billion.

Earlier this year in July, Daimler said that it will sell its Hambach factory to streamline global production. CEO Ola Kallenius of Daimler had also warned of aggressive pay cuts to shore up finances amidst COVID-19.

According to Daimler, signs of recovery were evident in the third quarter, attributed primarily to cost-saving measures. It also said that markets improved at large in Q3 after months of halt due to the Coronavirus pandemic that has so far infected more than 42 million people worldwide and caused over 1.1 million deaths.

Daimler’s guidance for the full year

For the full year, Daimler forecasts its EBIT to remain unchanged on a year over year basis. Annual revenue and unit sales in fiscal 2020, as per the company, are likely to see a significant decline as compared to the previous year.

Earlier in October, Daimler expressed commitment to minimising fixed costs by over 20% in the next five years.

Daimler performed only slightly upbeat in the stock market last year with an annual gain of roughly 8%. At the time of writing, the German automotive corporation has a market cap of £47 billion.