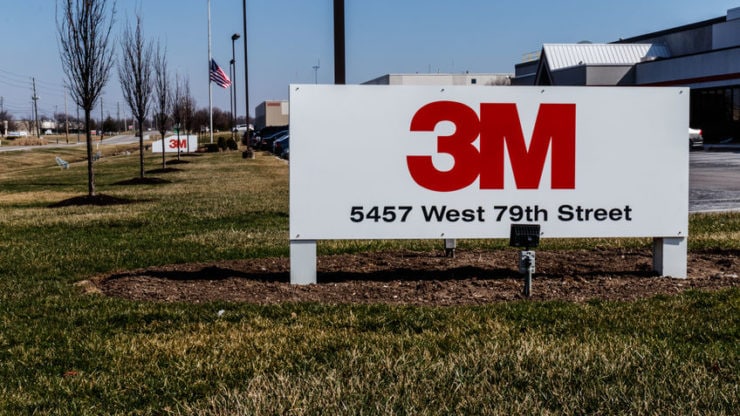 3M was reported about 1.5% down in premarket trading on Tuesday. Shares of the company tanked another 1.5% on market open. On a year to date basis, 3M is now about 9% down in the stock market. Trading stocks online is easier than you think. Here’s how you can buy shares online in 2020.

According to Refinitiv, experts had forecast the company to print £6.37 billion in the third quarter. Their estimate for per-share earnings was capped at £1.73. In its report on Tuesday, 3M blew past both estimates posting a higher £6.39 billion of revenue and £1.86 of earnings per share.

The American multinational said its safety and industrial segment generated £2.30 billion of sales in Q3 that represents a 6.9% annualised growth. FactSet Consensus for sales from this division stood at a lower £2.24 billion. The University of Huddersfield named 3M’s former CEO as its new Chancellor on Tuesday.

At £1.68 billion, 3M’s healthcare division saw an over 25% increase in sales in the recent quarter. In comparison, analysts had anticipated a much lower £1.04 billion of sales from the healthcare division. In an earlier report published in August, 3M said that its July sales were 6% higher on a year over year basis.

3M valued its operating cash flow in the fiscal third quarter at £1.91 billion that translates to a 23% increase as compared to the same quarter last year. Sales from transportation and electronics division noted a 7.4% decline to £1.76 billion.

CEO Mike Roman commented on the financial report on Tuesday and said:

“Our third-quarter performance demonstrated once again the strength of the 3M model as we executed well, served customers and continued to fight the pandemic. Though economic uncertainty and challenges due to the COVID-19 pandemic remain, we returned to positive organic sales growth with sequential improvement across businesses and geographies.”

3M performed slightly downbeat in the stock market last year with an annual decline of about 5%. At the time of writing, it is valued at £72.41 billion and has a price to earnings ratio of 18.62.