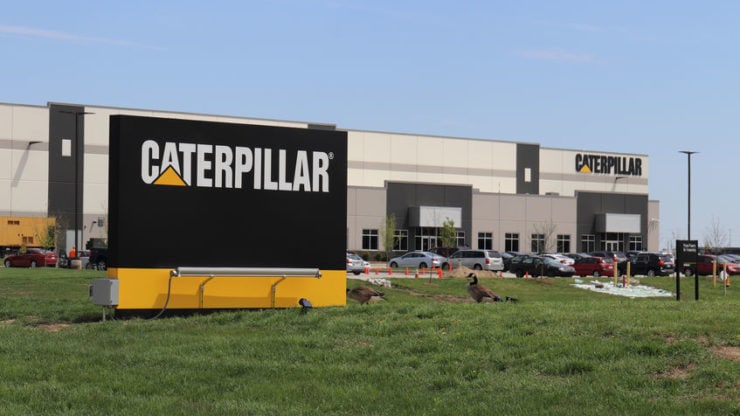 Caterpillar Inc. (NYSE: CAT) said on Tuesday that its earnings in the fiscal third quarter tanked 54% on a year over year basis as equipment sales remained under pressure due to the Coronavirus pandemic across all regions.

Caterpillar opened just under 1% down in the stock market on Tuesday and lost another 1.5% in the next hour. Shares of the company are now trading at £121 versus a much lower £70 per share in March. The world’s largest construction equipment manufacturer had started the year at a per-share price of £115. Learn more about how do people make money on the stock market.

According to Refinitiv, experts had forecast the company to print £7.50 billion of revenue in the third quarter. For adjusted per-share earnings, they had estimated 90 pence. In its report on Tuesday, Caterpillar topped both estimates posting a higher £7.58 billion of revenue in Q3 and £1.03 of adjusted earnings per share.

At £511.25 million, the Deerfield-based company’s net income was sharply lower than £1.14 billion in the comparable quarter of last year. Caterpillar bought Weir Group’s oil and gas division for £310 million in cash earlier this month.

CEO Jim Umpleby commented on the earnings report on Tuesday and said:

“Our third-quarter results largely aligned with our expectations, and we’re encouraged by positive signs in certain industries and geographies. We’re executing our strategy and are ready to respond quickly to changing market conditions.”

In the prior quarter (Q2), the American Fortune 100 corporation had registered a massive 70% decline in profit on an annualised basis to £790 million due to the COVID-19 crisis that has so far infected more than 44 million people worldwide and caused over 1.1 million deaths.

Other prominent figures in Caterpillar’s earnings report on Tuesday include £3.18 billion of sales from its energy and transportation segment that was 24% lower than last year but topped FactSet Consensus of £2.99 billion.

At £3.11 billion, construction industries sales were also 23% lower on an annualised basis but topped FactSet Consensus of £2.95 billion.

Caterpillar performed fairly upbeat in the stock market last year with an annual gain of close to 20%. At the time of writing, it is valued at £65.74 billion and has a price to earnings ratio of 21.28.