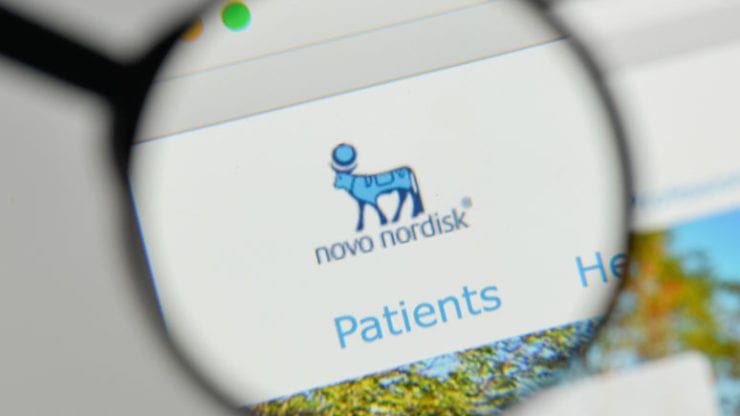 Novo Nordisk (ETR: NOVC) said on Friday that its net profit in the fiscal third quarter came in better than expected. The company highlighted that patients in Europe and the United States stockpiled roughly £241.77 million worth of medicines in the fiscal first quarter amidst the ongoing COVID-19 crisis that has so far infected more than 45 million people worldwide and caused over 1.18 million deaths.

Shares of the company slid more than 1% in premarket trading on Friday. Novo Nordisk is now exchanging hands at £50.58 per share after recovering from £42.51 per share in March. The Danish multinational had started the year at a per-share price of £46.94. Trading stocks online is easier than you think. Here’s how you can buy shares online in 2020.

In the second and third quarter, Novo Nordisk said, these patients continued to restock. The pharmaceutical company also said that number of patients that chose to start treatment also picked up gradually in the recent quarter.

The Danish multinational started a few new trials in the third quarter. Recruitment of patients for trials, however, was still reported below the pre-virus levels. Novo Nordisk’s peer, GlaxoSmithKline, also published its third-quarter earnings report earlier this week.

Novo Nordisk attributed the increase in its third-quarter sales primarily to a higher demand for its innovative GLP-1 drugs for Diabetes patients. But this growth was partially offset by lower insulin sales in Q3.

In the three months that concluded on 30th September, the Bagsvaerd-based company said that its net profit printed at £1,24 billion as compared to a slightly lower £1.23 billion in the same quarter last year.

In terms of sales, the pharmaceutical firm saw a 2.1% annualised growth to £3.74 billion in the third quarter versus a slightly lower £3.72 billion expected. Novo Nordisk raised its guidance for annual operating profit and sales growth earlier in October to a 5% to 8% growth (local currencies) in both.

At the time of writing, Novo Nordisk has a market cap of £93 billion.