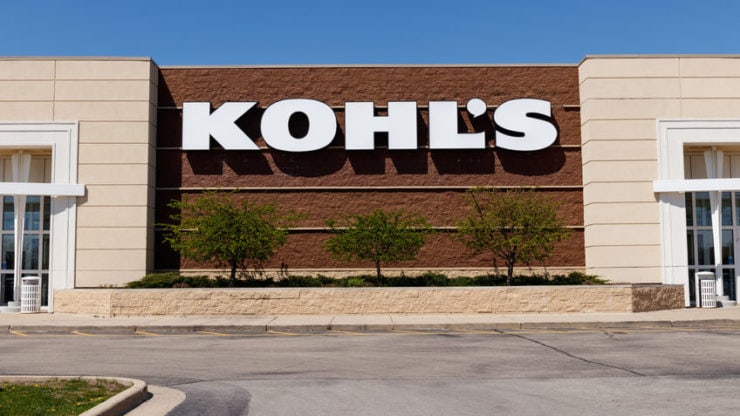 Kohl’s Corp (NYSE: KSS) said on Tuesday that its net sales in the fiscal third quarter came in 13.3% lower than last year as the Coronavirus pandemic continued to wreak havoc on the retail sector in recent months. Kohl’s was reported to have tripled down on active lifestyle categories last months.

Kohl’s was reported more than 2% down in premarket trading on Tuesday, but the stock gained more than 10% in later hours. Including the price action, Kohl’s shares are still over 40% down year to date in the stock market but have recovered more than 100% since the first week of April when its stores countrywide stores were pushed into a lockdown due to the COVID019 crisis.

According to Refinitiv, experts had forecast the company to print £2.91 billion in net sales in the third quarter. Their estimate for loss per share stood at 32.46 pence. In its report on Tuesday, Kohl’s missed the estimate for revenue posting a lower £2.85 billion of net sales. It, however, earned 0.75 pence per share on an adjusted basis in Q3 that topped analysts’ estimate.

In the quarter that concluded on 31st October, the department store retail chain reported £9.06 million of net loss versus the year-ago figure of £92.86 million of net income. Total revenue, Kohl’s added, registered at £3 billion in the recent quarter that represents a 14% annualised decline.

In the prior quarter (Q2), the NYSE listed firm had registered £35.53 million of net income, as per the report published in August. Kohl’s said on Tuesday that it was well-positioned for the upcoming holiday season.

Kohl’s to reinstate its quarterly dividend in Q1 of 2021

The Menomonee-based company said on Tuesday that its quarterly dividend will be reinstated in Q1 of 2021. It had suspended its dividend earlier this year due to the ongoing Coronavirus pandemic that has so far infected more than 11 million people in the United States and caused over a quarter million deaths.

Kohl’s performed fairly downbeat in the stock market last year with an annual decline of close to 25%. At the time of writing, the American department store retail chain has a market capitalisation of £3.37 billion.