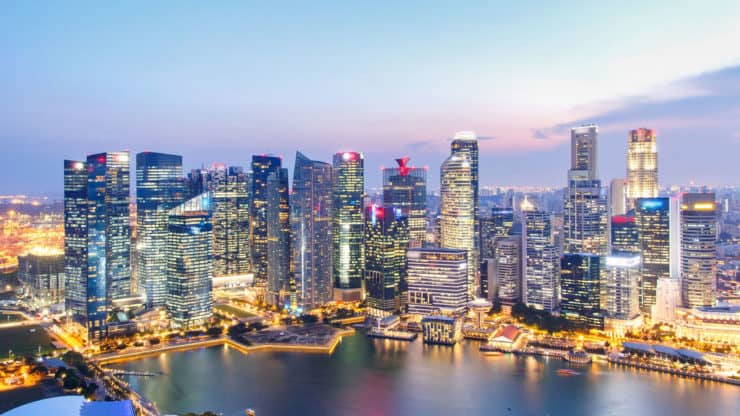 Singapore’s non-oil exports (NODX) declined for the second consecutive month in October mainly due to weakness in non-electronics. In response to the news, the Singapore dollar (USD/SGD) is relatively unchanged during the Asian session today.

Singapore is one of the best-performing economies in South East Asia this year. In the third quarter, data by the Ministry of Trade and Industry (MTI) showed that the economy expanded by 7.9%. That was a significant improvement from the record 42.9% decline in the second quarter.

In a report earlier today, Enterprise Singapore said that the country’s non-oil exports declined by 3.1% at the start of the fourth quarter. That was the second month in a row that the amount of exports have declined.

Non-electronics were the main drivers of the weak performance as their volume fell by 3.9%. Electronics, which account for a substantial share of the economy, declined by 0.4%. In general, the NODX dropped by 3.10% on an annualised basis. That was substantially lower than September’s increase of 5.80% and the median estimate of 5.70% by a Reuters panel. As a result, Singapore’s trade surplus increased from s$3.10 billion to s$4.36 billion.

In the same month, the country’s non-oil retained imports of intermediate goods (NORI) declined from s$4.9 billion in September to s$4.4 billion. This figure is more than s$1.6 billion less than in the same month in 2019. It has also been on a downward trend since April this year, when it moved to more than s$8 billion. Subsequently, the total volume of trade dropped by 9% year-on-year in October after falling by 1.9% in September.

Singapore dollar has been relatively strong

Still, most forex brokers show that the Singapore dollar has been relatively stronger than the US dollar in recent weeks. This is partly because most emerging market currencies have performed well after Pfizer and BioNtechrevealed the efficiency of their covid vaccine. The news release by Moderna yesterday will possibly lead to more weakness of the USD/SGD. The pair has dropped by more than 1.70% this month.

Also, Singapore is a member of the biggest trade deal in the world that was signed during the weekend. The deal will create a large free trade area in the East Asia region, which will possibly lead to more trade. Other key members of the deal are China, Japan, and South Korea.

On the hourly chart, we see that the USD/SGD pair has been falling this month. It declined from a high of 1.3713 and reached a low of 1.3410 on Monday last week. After this, bulls returned but lost strength at 1.3510, which is slightly below the 38.2% Fibonacci retracement level. Since then, the pair’s price has been falling and is being supported by the 25-day moving average. Therefore, the path of least resistance for the pair is lower, with the next key level to watch being last week’s low of 1.3410.