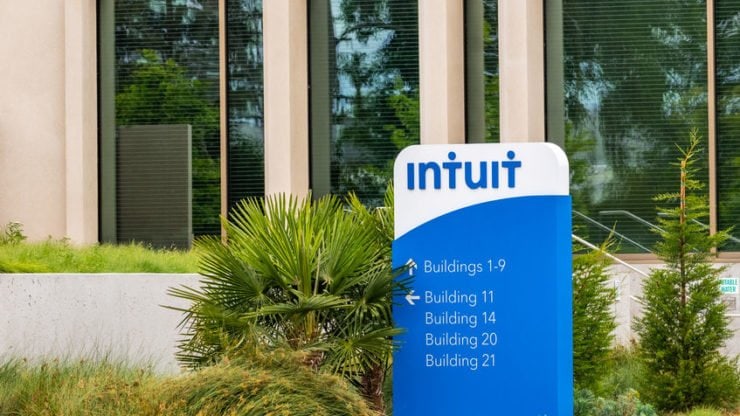 Intuit Inc. (NASDAQ: INTU) said on Thursday that its revenue in the fiscal first quarter came in 14% higher on a year over year basis. At £149.24 million, its net income in Q1 jumped over 200% as compared to £42.96 million in the same quarter last year.

Despite a hawkish financial report, Intuit shares slid under 1% in extended trading on Thursday. Including the price action, the stock is now trading at £272.41 per share or close to 40% up year to date after recovering roughly 85% since its low in March, due to COVID-19 disruptions. The price action is worth considering if you are interested in investing your money in the stock market.

On an adjusted basis, Intuit earned 70.85 pence per share in the first quarter. In terms of revenue, the Mountain View-based company posted £980 million versus the year-ago figure of £870 million. In related news, Intuit’s former executive, Greg Johnson, was named to Qualcomm’s Board of Directors on Thursday.

According to FactSet, experts had forecast the company to print a lower £900 million of revenue in the recent quarter. Their estimate for per-share earnings stood at 30.90 pence per share. The financial software company reported a 13% increase in its revenue from small business and self-employment group to £900 million. Consumer group revenue, it added, saw a 19% annualised growth in Q1 to £89.70 million.

Chief Executive Sasan Goodarzi commented on the earnings report on Thursday and said:

“We had a strong start to the year as we continue to accelerate innovation on our AI-driven expert platform.”

For the fiscal second quarter, Intuit now forecasts its per-share earnings to fall in the range of 67.08 pence to 69.35 pence. For revenue in Q2, it estimates £1.38 billion to £1.39 billion. Analysts, on the other hand, are calling for £1.36 billion of revenue for the American company in the second quarter, and 93 pence of earnings per share.

Earlier this year in February, Intuit said it will acquire Credit Karma (fintech startup) for £5.35 billion.

Intuit performed fairly upbeat in the stock market last year with an annual gain of roughly 35%. At the time of writing, it is valued at £71.33 billion and has a price to earnings ratio of 52.26.