The crypto market had quite a rough day, as Bitcoin’s price plummet pulled the rest of the market down. The sudden bloodbath was caused by Bitcoin’s inability to break the $42,000 mark, which then prompted a pullback. However, as many investors had their positions heavily leveraged, the price drop liquidated $2.7 billion worth of Bitcoin long positions. As a result of this, most cryptocurrencies scored double-digit losses on the day, while the market as a whole lost over $100 billion at one point.

Bitcoin’s overall sentiment is far more bearish now than it was just a day ago. Many analysts have been predicting a retracement for days now, but the sheer strength of the supply squeeze denied it from happening. The largest cryptocurrency by market cap managed to lose 7.93% over the course of the week, while Ethereum lost 12.66% in the same period.

If we take a look at the daily chart, we can see a clear and steady increase in volume in the past 3 days, similar to the one that happened just days ago when BTC/USD hit the all-time high of $42,000. However, the downturn got stopped by the 21-day moving average, which seemingly pushed Bitcoin’s price up slightly.

The largest cryptocurrency by market cap faces strong resistance at the 23.6% Fib resistance level, sitting at $34,580, while its next strong support level (besides the 21-day moving average) is the $29,985 level. 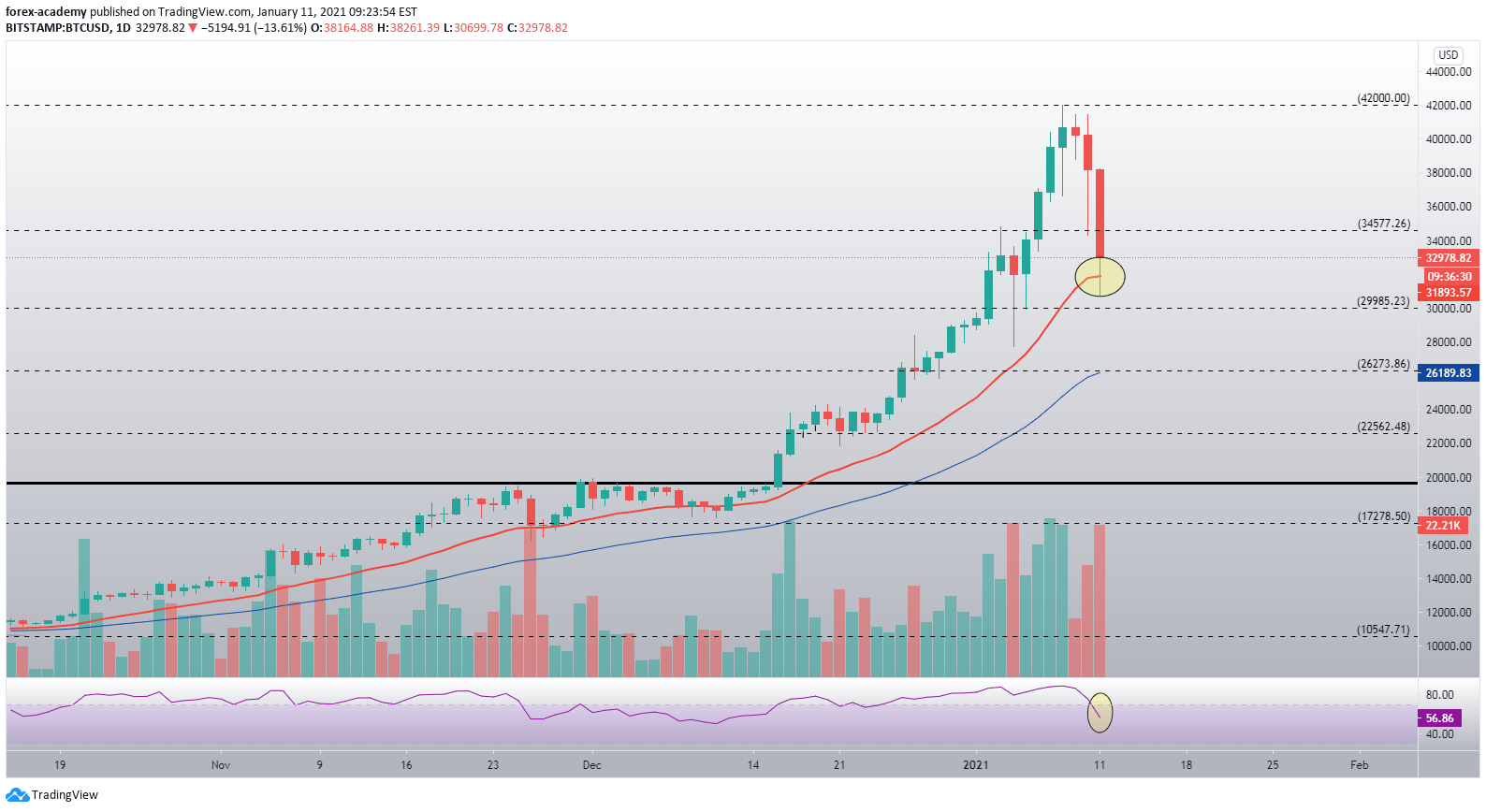 Looking at the daily time-frame RSI indicator, we can see that BTC/GBP has finally left the overbought territory. Its value is currently sitting at 56.93, and looks like it’s on its way down. 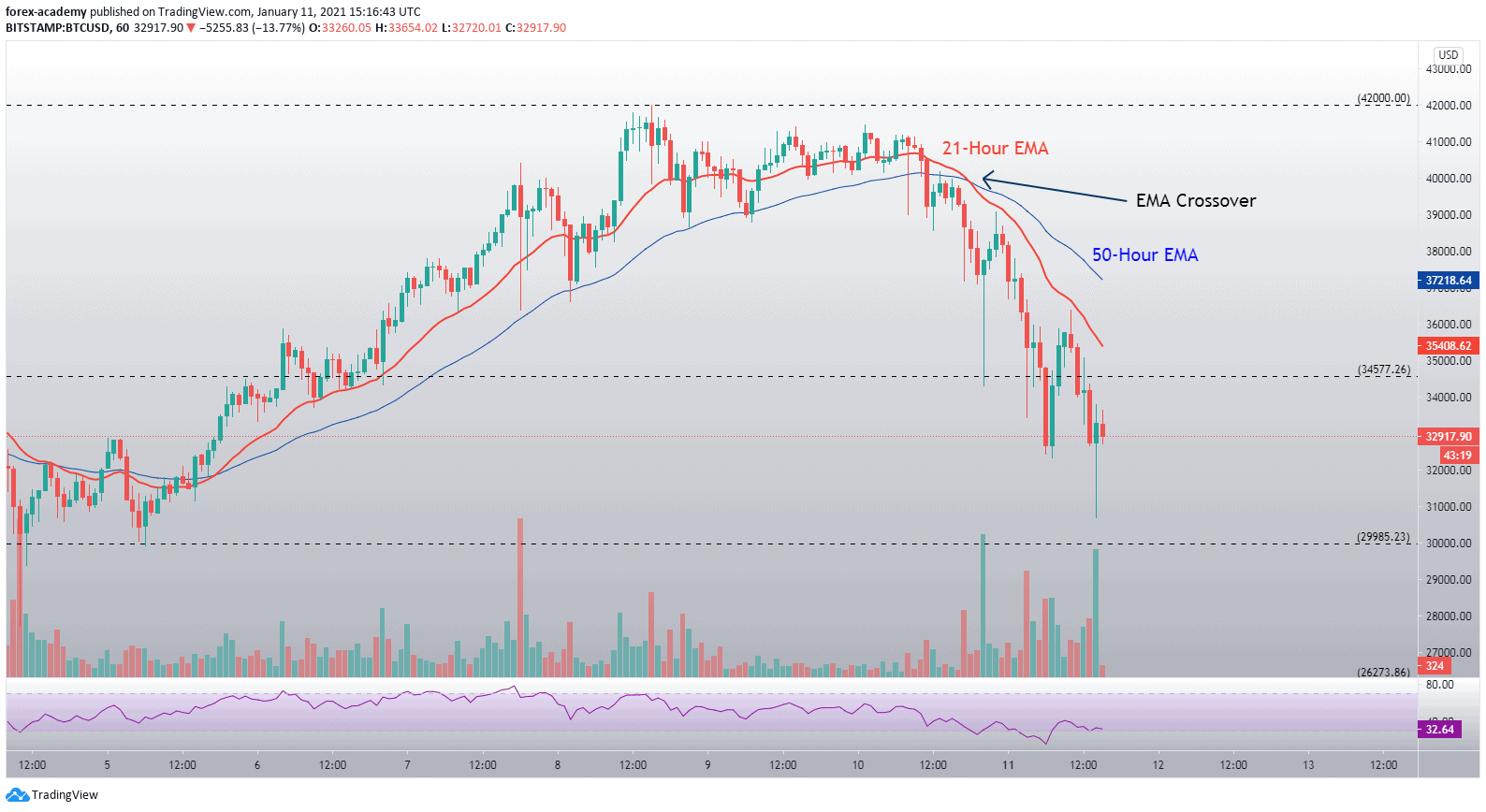 Bitcoin is currently trying to recover from the downswing, but the move towards the downside will most likely continue, at least for a short while.