NEO outperforms the market despite the crypto sector crash

Ilija is a trader, analyst, writer and consultant with a prolific experience in the finance industry. He focuses on… read more.
on Jan 11, 2021
Updated: Jan 12, 2021

Even though almost every single non-stablecoin cryptocurrency in the top50 (ranked by market capitalization) posted double-digit losses, NEO managed to stay relatively strong and dip just a couple per cent on the day. Its price managed to stay in a great shape compared to other cryptocurrencies. This is mostly due to the incredible move up that it experienced the day before.

The overall sentiment around NEO is quite bullish, mostly due to its fundamentals (project development and signs of adoption). While it is no secret that NEO is as correlated to Bitcoin’s moves as any other cryptocurrency, the moves based on non-crypto market factors contributed to its current position. NEO is currently the 20th cryptocurrency by market cap, and a current worth $1,49 billion. The cryptocurrency posted week-over-week gains of 11.68%, while its month-over-month gains are sitting at 31.94%.

If we take a look at the NEO/USD daily chart, we can clearly see it skyrocketing from the $14 area all the way up to $27 in a matter of days. While the current market downturn managed to erase some gains previously made, NEO is much better off than at the start of 2021. On top of that, we can see the 21-day moving average (red line) crossing over the 50-day moving average (blue line), signifying more upside. 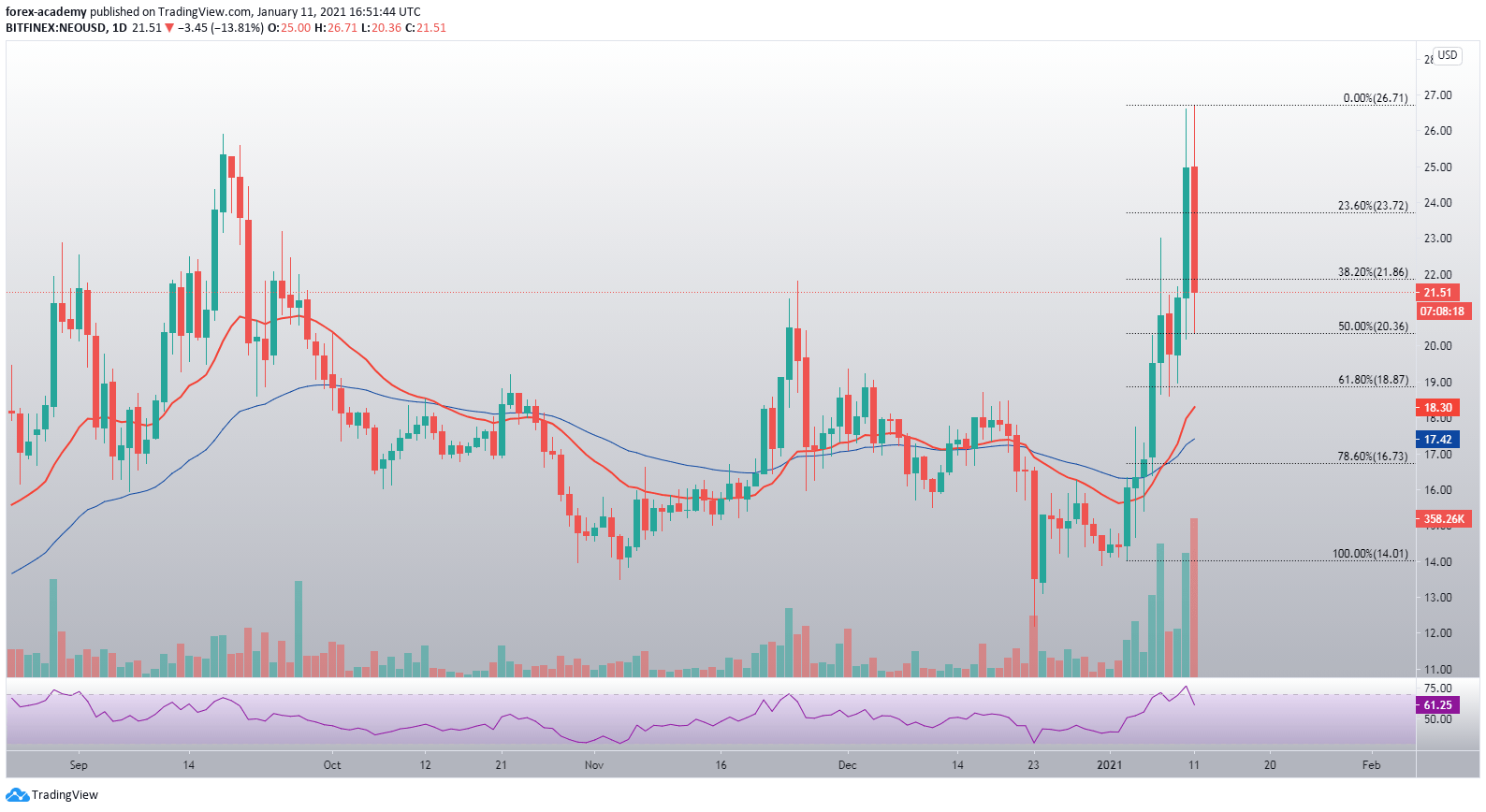 Taking a look at the daily RSI indicator, we can see that, after barely stepping into the overbought territory, NEO quickly left it and started descending.

If we zoom in to the 1-hour time-frame, we can better see NEO’s rally towards the $27 mark. An important thing to note is that NEO performed much better on slightly lower volume, while higher volume brought much higher volatility (moves that took its price both up and down). If NEO manages to gather enough bull presence and push past the $21.86, it will face immediate resistance in the form of the 21-hour and 50-hour moving averages, which have proven to play an important role in deciding short-term price direction. 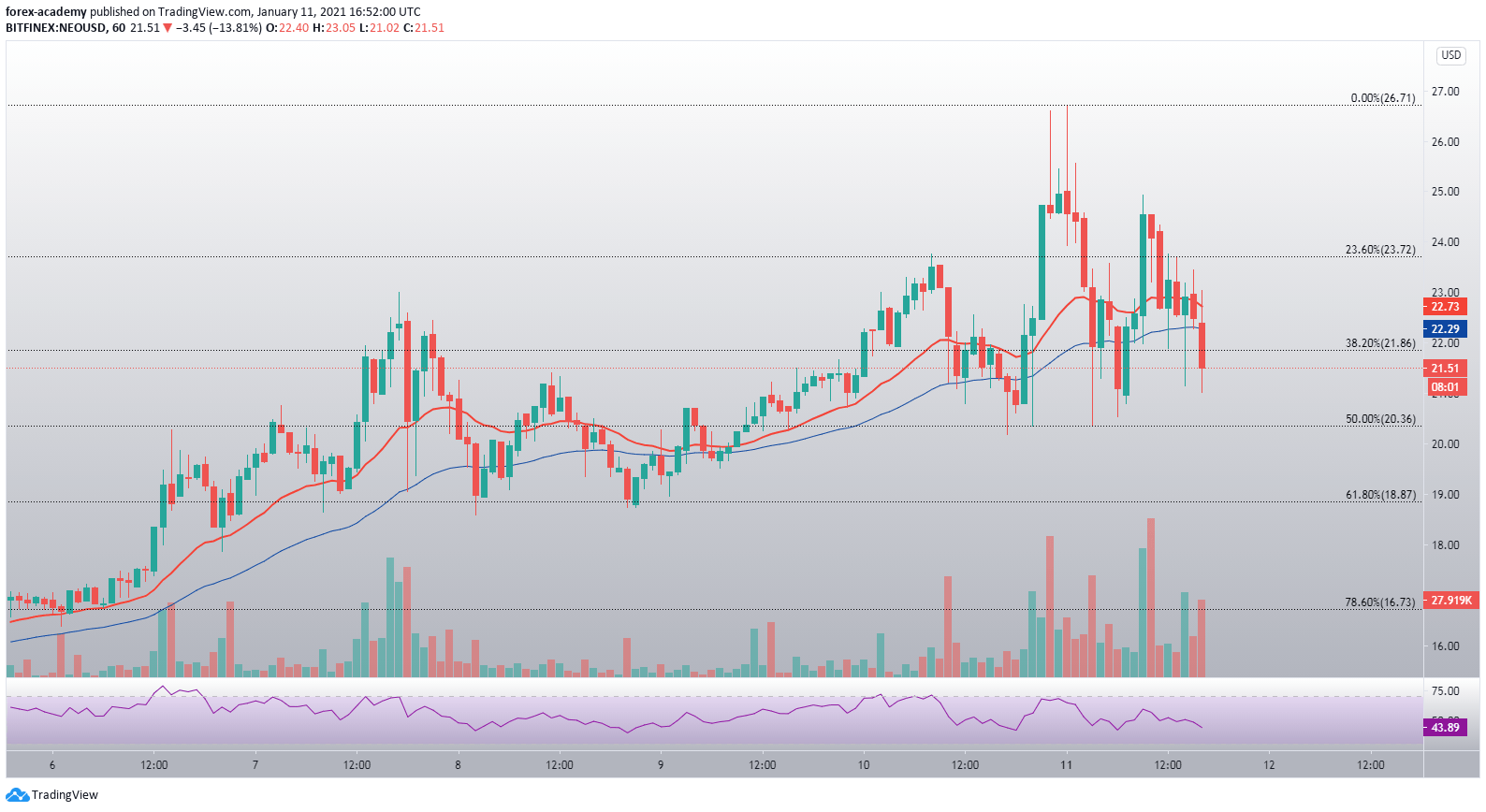 Even though NEO is currently outperforming the vast majority of the market, it’s important to note that its price direction is still highly correlated to Bitcoin. On the other hand, its intensity may be higher when the moves aim towards the upside. Buying and holding NEO could be a solid choice for those that trust the team that leads the project, as well as its main purpose: to develop a bridge between blockchain and corporations.