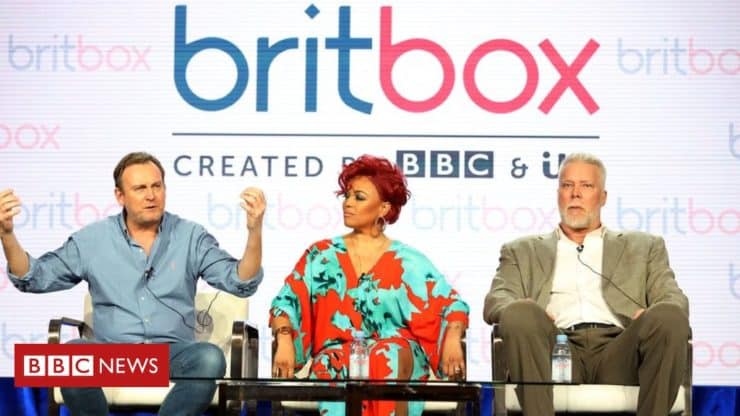 Former telecoms monopoly BT Group (LON:BT.A) has been in talks to about investing in BritBox, the subscription service set to be launched by ITV (LON:ITV) and the BBC, The Telegraph reports. The news comes after it recently emerged that negotiations between ITV and the BBC had grown tense, with commercial network ITV committing more fully to their jointly-developed subscription service than the publicly funded BBC.

BT’s share price surged in the previous session, gaining 2.98 percent to close at 207.20p, outperforming the broader UK market rally which saw the blue-chip FTSE 100 index add 72.09 points to end trading 0.99 percent higher at 7,331.94. The group’s shares have added a little more than one percent to their value over the past year, as compared with about a 4.6-percent fall in the Footsie.

BT in talks to join Britbox

The Telegraph reported over the weekend that BT was exploring a multimillion-pound investment in Britbox, set to be launched by ITV and the BBC. The former telecoms monopoly has reportedly been in preliminary discussions with its FTSE 100 peer about becoming a shareholder in Britbox and helping to fund exclusive homegrown dramas to run on the forthcoming service.

Sources, however, told the newspaper that the talks were at an early stage and might not lead to an investment, with differences over the valuation of the venture viewed as a risk. BT, ITV and the BBC meanwhile are already partners in YouView, the set-top box system on which BT TV is based.

Analysts at Credit Suisse lifted their stance on the former telecoms monopoly to ‘outperform’ last week, hiking its target on the BT share price from 270p to 280p. According to MarketBeat, the blue-chip group currently has a consensus ‘buy’ rating, and an average valuation of 271.83p.

Tsveta van Son is part of Invezz’s journalist team. She has a BA degree in European Studies and a MA degree in Nordic Studies from Sofia University and has also attended the University of Iceland. While she covers a variety of investment news, she is particularly interested in developments in the field of renewable energy.
Related news
Delivery Hero reports a 94% growth in orders in Q2 as COVID-19 restricts people to their homes
3rd July, 14:29
Intel Corporation to invest £203 million and get a 0.39% stake in Indian Jio Platforms
3rd July, 13:23
Lemonade Inc. hits £2.40 billion market valuation as it opens 75% up in U.S. market debut
2nd July, 17:46
FedEx tops analysts’ estimates for profit and revenue in the fourth quarter
1st July, 11:32
Blackstone wants to own facilities where TV and films are produced
29th June, 19:52
Related market data
Invezz uses cookies to provide you with a great user experience. By using Invezz, you accept our privacy policy.