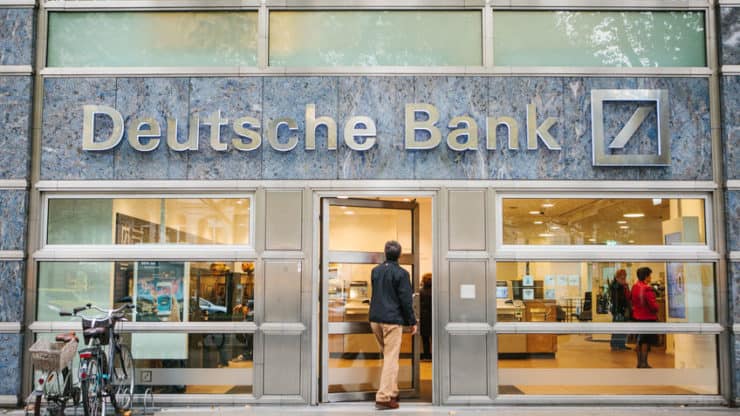 BT’s share price (LON:BT.A) has fallen deep into the red in London in today’s session as Deutsche Bank turned bearish on the former telecoms monopoly. Proactive Investors quoted the broker as commenting that the blue-chip telco was ‘one of the least attractive’ stocks in the European telecoms industry.

As of 14:12 BST, BT’s share price had given up 2.19 percent to 196.94p, underperforming the broader UK market, with the benchmark FTSE 100 index having climbed marginally higher and currently standing 0.16 percent up at 7,419.71 points. The group’s shares have given up just under 10 percent of their value over the past year, as compared with about a 3.5-percent fall in the Footsie.

Deutsche Bank lowered its rating on the former telecoms monopoly to ‘sell’ today while also trimming its target on the BT share price from 217p to 175p. Proactive Investors quoted the broker as commenting that the former telecoms monopoly was ‘one of the least attractive’ stocks in the European telecoms industry. The broker has pointed to  “low levels of fibre deployment and the less advanced state of convergence competition in the UK (versus other markets)” as two key reasons for their downbeat outlook.

Deutsche Bank reckons that that would inevitably see BT’s capex rise which in turn threatens the planned earnings (EBITDA) recovery.

“To avoid continued strain on BT’s balance sheet (we see little relief on the pension front given lower interest rates globally) we now anticipate a cut of BT’s dividend to 10.3p (5.0% yield) from FY21,” the analysts said in a note to clients.

Today’s update comes it recently emerged that the FTSE 100 company  has been in talks to about investing in BritBox, the subscription service set to be launched by ITV (LON:ITV) and the BBC.

According to MarketBeat, the former telecoms monopoly currently has a consensus ‘hold’ rating, while the target for the BT share price stands at 268.33p.