WeWork IPO: Group aims to raise up to $4bn in debt 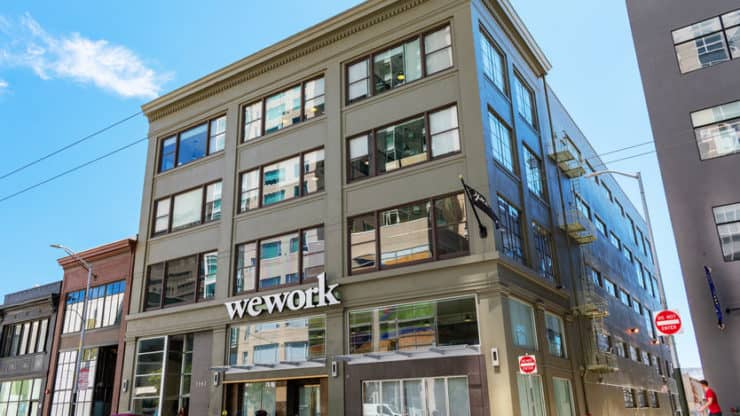 Office-space manager WeWork is looking to raise up to $4 billion in debt before it goes public, the Wall Street Journal has reported. WeWork’s initial public offering (IPO) will follow the disappointing market debut of Uber (NYSE:UBER) and Lyft (NASDAQ:LYFT) earlier this year.

WeWork looking to raise up debt

The WSJ reported yesterday, quoting sources with knowledge of the matter, that WeWork was seeking to raise between $3 billion and $4 billion in coming months through a debt facility which could grow as big as $10 billion over the next several years. The debt offering would be independent of the WeWork IPO.

Reuters meanwhile noted in its coverage of the news that the company had met with the chief executives of investment banks Goldman Sachs and JPMorgan Chase & Co to discuss the debt offering. The newswire further quoted data by PitchBook as showing that the office space manager has raised around $8.4 billion to date.

Group yet to prove it can make money

WeWork, which was co-founded in 2010 by CEO Adam Neumann, has filed paperwork for an IPO, having rebranded as the We Company earlier this year. The company has helped pioneer ‘coworking,’ with a focus on startups, entrepreneurs and freelancers.

The office-space manager, however, has yet to prove that it can make money. Bloomberg reports that the company’s losses more than doubled last year to $1.93 billion, while revenue also more than doubled to $1.82 billion.

The WeWork IPO will follow Uber’s disappointing float earlier this year which saw shares in the ride-hailing service end their first day of trading more than seven percent lower. Slack’s (NYSE:WORK) shares, however, soared on their market debut last month. The workplace messaging app sold its shares in a direct listing, meaning that it rejected the use of traditional advisers and underwriters.