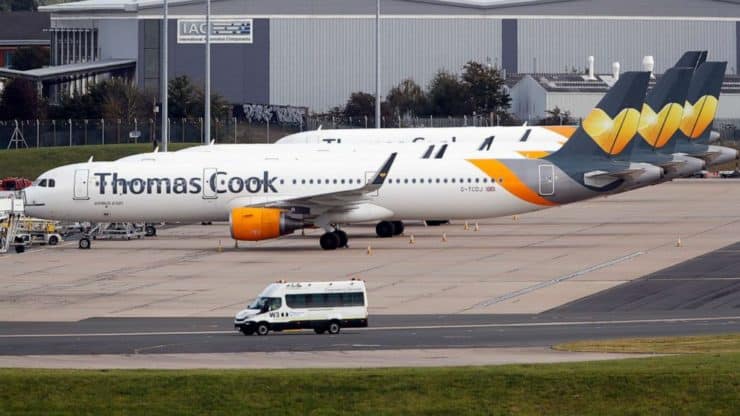 International Consolidated Airlines Group’s (LON:IAG) CEO has said that the company is interested in slots which might become available following Thomas Cook’s (LON:TCG) collapse this week, the BBC has reported. The comments came after the British Airways and Iberia parent flagged a hit to profits for the current year.

IAG’s share price, which suffered yesterday, is flying higher this Friday, having gained 2.02 percent to 470.30p as of 10:14 BST. The shares are outperforming the broader London market, with the benchmark FTSE 100 index currently standing 0.94 percent higher at 7,420.40 points.

The BBC quoted IAG’s chief executive Willie Walsh as saying in a call with analysts that the FTSE 100 group was interested in slots at Gatwick which might be up for grabs following the collapse of travel operator Thomas Cook.

“If there’s an opportunity to acquire some slots through the administration process, we will be looking at that,” he pointed out. “We see Gatwick as an opportunity for us.” The Guardian meanwhile noted in its coverage of the news that Walsh had also said that the company was  “pleased with the slots acquired from Monarch” when the airline collapsed two years ago.

Analysts weigh in on profit warning

Nicholas Hyett at Hargreaves Lansdown commented in a note yesterday that while the recent strike and a fine from the Information Commissioner on British Airways were both unwelcome, IAG should be able to withstand the impact since those are just one-offs. The analyst, however, reckons that “signs that the global economy is creaking” are more worrisome, while the “fuel tailwind is running out of puff”.

“If IAG is to keep profits up, it’ll need to improve efficiency elsewhere,” Hyett pointed out.

According to MarketBeat, the blue-chip group has a consensus ‘buy’ rating, while the average target on IAG’s share price stands at 616.25p.