Sir John Kingman To Be Appointed Chairman At Tesco Bank 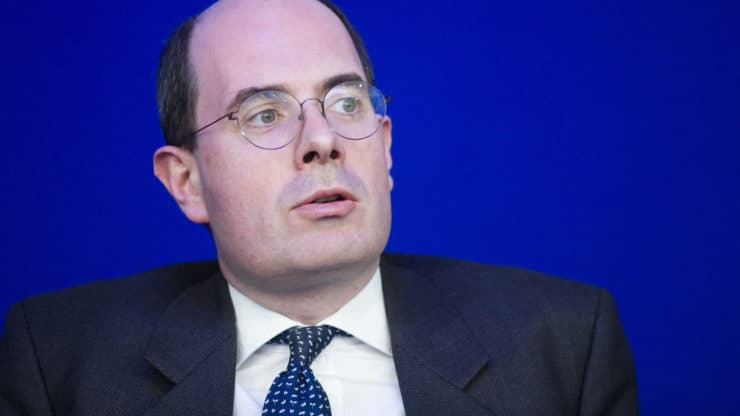 The ever so famous Tesco Bank, based in Edinburgh, has been on a lookout for a suitable talent to take on the role of a chairman. According to the latest report, however, the hunt has finally come to an end with Sir John Kingman, who had previously played a pivotal role as an ex-Treasury official in pulling Britain’s banks out of a crisis, pledging to take responsibility of the Tesco Bank as a Chairman.

As per Sky News, Sir Kingman is expected to be a replacement for Mr. Graham Pimlott. He will take on the role of a non-executive director for the financial services division of the supermarket group. Tesco Bank has recently cut a deal of £3.7bn with Lloyds Banking Group for selling its mortgage book. By the end of the last week, Tesco Bank declared that customer deposits have sharply declined, manifesting as a significant drop in the overall profits.

Sir Kingman has served his role as chairman for around three years in a London based multinational financial services company, Legal and General. He has also been in charge of managing £7bn of annual funding that the United Kingdom spends on science and innovation in his capacity as the UK Research and Innovation Chairperson.

Further credits to Sir Kingman’s name include his recommendations to terminate self-regulation for prominent audit firms following an independent review that he took on a leading Financial Reporting Council. The government has pledged to take heed on the recommendations that he made.

Sir Kingman was previously being considered as a suitable candidate as the position of governor at the Bank of England replacing Mr. Mark Carney. With him taking up the role of Chairman at Tesco Bank, rumors of his association with the Bank of England will now fade away.

Tesco has also declared recently that Mr. Graham Pimlott is not the only departure. Upon completion of his turnaround, Mr. Dave Lewis is also expected to leave by the start of next year. Mr. Lewis has been in charge of Tesco as the Chief Executive Officer (CEO). Upon his departure, Mr. Ken Murphy who has served as an executive at Walgreen Boots will take on the responsibility of the CEO at Tesco.

Historically, a change in executive-level personnel of an organization usually depicts in the stock prices. As such, it is likely to be in the best interest of the investors to keep a close eye on the Tesco shares for the next few weeks.