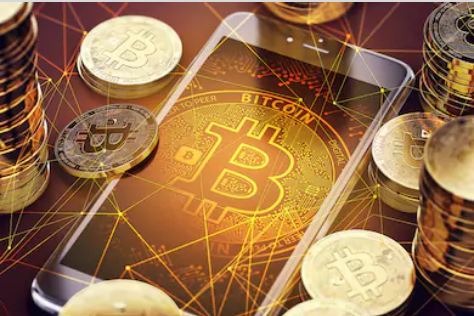 It has only been a week that the Securities and Exchange Commission (SEC) of the United States of America has rejected the Bitcoin Exchange-traded fund (ETF) proposal of the Bitwise Asset Management. The SEC had announced its decision that standards for approval have not been met by Bitwise’s proposal.

Wilshire And NYSE Arca Submitted A Revised Proposal To The SEC

The recent development has, however, highlighted that the hopes for the BTC ETF are still being kept alive. A similar proposal was also filed by Wilshire Phoenix Fund in partnership with the NYSE Arca exchange to the SEC earlier this month. Following the SEC’s rejection of the Bitwise’s proposal, Wilshire has recently declared that its proposal has now been updated and resubmitted to the SEC for consideration.

The Securities and Exchange Commission is currently reviewing the revised proposal by Wilshire Phoenix Fund and has recently expressed that public comments regarding the proposal are now welcomed.

Coinbase Custody To Assume The Role Of Custodian

Wilshire has brought Coinbase Custody aboard as the custodian in its amended proposal. Following the monthly rebalancing of the Trust, the custodian will take a maximum of five business days to certify and affirm the availability of Bitcoin currently in possession of the Trust.

The filer has also cleared its stance that for determination of the Net Asset Value (NAV) of the Bitcoin currently held by the Trust, it plans on using the CME CF Bitcoin Reference Rate (BRR).

The original proposal by Wilshire was submitted back in June of 2019. By the end of September, the Securities and Exchange Commission had announced that the proposal is now under review. On October, 4th, however, the sponsor filed a revised proposal with such amendments that completely replaced the original.

As per the SEC, the filing will soon be published in the Federal Register. Following the publication, the public will be allowed a period of 21 days to make the comments. The initial period declared by the SEC to announce its decision regarding the Bitcoin ETF proposal by Wilshire and NYSE Arca is 45 days. However, depending on how the events unfold and if further scrutiny is required, the deadline can be pushed further by the SEC.

The SEC had expressed the concerns of market manipulation and surveillance to be the basis of rejecting Bitwise’s proposal for Bitcoin ETF. In response, Wilshire has highlighted that in order to assess the resistance against market manipulation, the SEC should focus on the market at large rather than a component of it that can be expected to cast a considerable effect on the product.