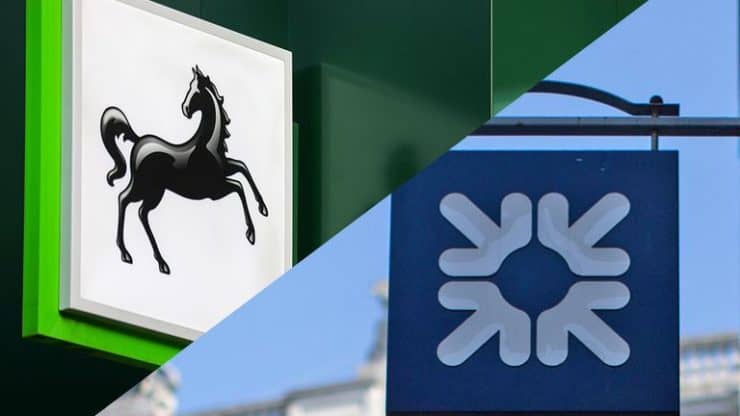 The Bank of England (BoE) puts the largest banks in the UK under stress testing towards the end of the year. Failing to post impressive results in 2019’s testing, the Royal Bank of Scotland (RBS) and the Lloyds Banking Group were seen losing strength in the stock market on Tuesday morning.

The Bank Of England To Double The Capital Buffer

The largest Britain banks have their balance sheet strength assessed by the Bank of England on an annual basis. While the RBS and Lloyds bank managed to pass the evaluation, the recent declaration from the BoE that the capital buffer (currently at a 100-basis point) will be doubled in the upcoming years, is expected to weigh on the share prices of both banks, as per the analysts.

The Bank of England’s move regarding capital buffer is directed at the lenders to protect them from the complications of poor economic conditions. Joseph Dickerson of Jefferies commented on the recent news:

“Given we have not seen an acceleration in credit growth, we conclude this is being put in place to be, for lack of a better word, a “Brexit buffer” as the Bank of England has now determined that at 2% buffer is more appropriate in a “standardized risk environment.”

On Tuesday morning, during the early session, RBS stock was seen trading 3.8% lower while Lloyds had dropped by 4.8% in the stock market. The two banks had posted remarkable gains following the Conservative Party’s victory in the UK’s general election on December 12th. As of Tuesday, following the BoE announcement, must of these gains have faded away. Conservatives are known for their business-friendly government.

Barclays Also Dropped By 3% On Tuesday

Share prices for Barclays were also seen trading 3% lower on Tuesday. As per the Bank of England, in light of the existing stress scenario, the bank will have to consider taking its AT1 capital and converting a part of it into equity, in an event that the new set of accounting regulations were applied as per the schedule in 2023.

The announced increase in the capital buffer, according to the analysts, will enable the lenders to absorb as much as £23 billion in losses without having to restrict the lending.