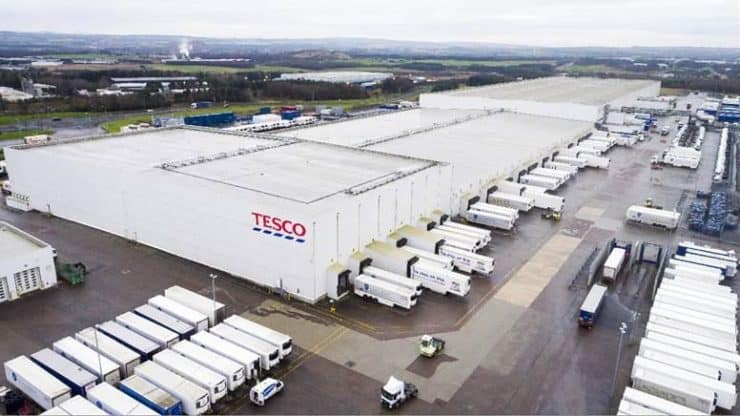 The Sunday Times reported on Monday that the British multinational groceries and general merchandise retailer, Tesco, has suspended business with China’s Zhejiang after a little girl found a message in one of the Christmas cards that read:

“We are foreign prisoners in Shanghai Qingpu Prison China. Forced to work against our will”.

Zhejiang is one of the major Chinese suppliers of Christmas cards. China responded immediately to the incident and denied all such claims.

According to the newspaper, the message in the Christmas card also implored that the reader contacts Peter Humphrey and informed about the situation. Humphrey is a renowned corporate fraud investigator and an ex-journalist of the United Kingdom. As per the sources, he was also imprisoned in 2014-2015 in the same jail.

Tesco Launched An Investigation Into The Matter

Following the suspension of business with Zhejiang, Tesco also announced that a thorough investigation into the matter has also been launched. Responding to the allegation on Monday, Geng Shuang, spokesman for China’s Foreign Ministry, stated:

“I can responsibly say, according to the relevant organs, Shanghai’s Qingpu prison does not have this issue of foreign prisoners being forced to work”.

The spokesman disregarded the entire incident and accused Peter Humphrey to be the creator of this farce. Humphrey has denied all such accusations and commented:

“I never had any possible way to fabricate anything at all in this incident and this story. This message from prisoners in China came in a Christmas card purchased by a family who I’ve never met, never known until that moment in time.”

The former journalist, however, added that he has contacted the ex-foreign prisoners of the jail who were only recently released from the prison. According to them, the story of foreign prisoners being forced to work against their will in making and packaging the Christmas cards for Tesco supermarkets is entirely true.

Humphrey Was Imprisoned For 23 Months

Humphrey was imprisoned for 23 months for illegally getting confidential records and further information on Chinese citizens. The information was then sold to multiple clients including British Pharmaceutical company, GlaxoSmithKline. In a statement following his arrest, Humphrey had declared that it was beyond his knowledge that his activities are illegal in China.

The message supposedly from foreign inmates was found by Florence Widdicombe, a six-year-old girl in London. Her father then used LinkedIn to track and contact Humphrey regarding the matter.