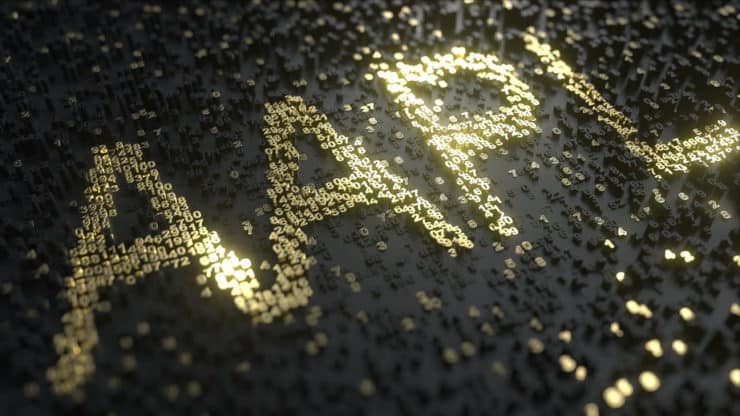 Apple’s market capitalization increased staggering 103% in 2019 as a tech giant convincingly out performed many of its main rivals. Despite the stock travelling higher in an almost vertical manner, analysts see more upside for the stock due to increasing iPhone demand.

The 2019 rally has now forced two giant banks to raise Apple stock price target. Morgan Stanley set a new target of $368, instead of $296 due to the “peaking smartphone replacement cycles”.

“However, longer battery life and upcoming 5G technology which will enable new functionality like Augmented Reality combined with aggressive trade-in offers that subsidize upgrades for existing iPhone owners suggest replacement cycles can’t stretch much further and may in fact begin to shrink,” Morgan Stanley’s analysts said in a note.

Similarly, analysts from Japanese bank Nomura upgraded the stock as well, although they are looking for a more moderate target. Nomura also retained a “neutral” stance on Apple stock with the target now set at $280, from previous $225.

According to Nomura, pending “5G supercycle” may already be priced in given the abnormal behaviour of Apple’s stock in 2019. Hence, their assessment of the stock is more cautious when compared to Morgan Stanley.

“We expect the $40-80 incremental BoM (bill of materials) cost to a 5G phone to be a barrier to adoption,” the note said, adding that “no link in the value chain — consumers, suppliers, operators, or Apple itself — is likely to shoulder that cost burden.”

It’s difficult to analyse and predict where Apple stock may be in the future given the recent market behaviour. As the chart shows, the price action went higher almost vertically, without any meaningful correction, since August 2019.

While every run must end, as that is the nature of the market, we can’t quite predict the level of maturity of the current run. While Apple can always receive another boost from one of its many shining products, which could potentially spark further gains for the tech giant, however a correction may be on the cards soon.

The only measurable target, from a technical perspective, is the Fibonacci extension that points to $382, just a bit higher compared to Morgan Stanley target. Any correction is likely to stop or pause around the $270 mark, where the ascending trend line (the red line) currently sits. This also may be a good entry point to buy Apple stock.

Two major banks upgraded the price target for Apple stock, following an unbelievable performance in 2019, when the tech giant more than doubled its market capitalization. If the current run continues, a level of $382 may offer some degree of resistance.