Another huge BTC transaction goes through for a minimal fee 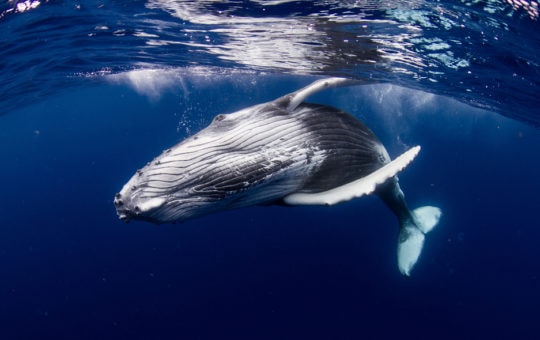 Crypto transactions are quite well known for the ability to move massive amounts of money for extremely low fees. Until recently, Bitcoin whales were willing to pay up to several hundreds of dollars in fees for moving millions, which was still far less than what any bank or traditional financial service would have charged them.

Lately, however, a new trend of sending millions for only a fraction of a dollar became quite big and popular, and another such transaction took place only yesterday.

Nearly half a billion for a single quarter

According to recent reports, a whale made a transfer of over 50,000 BTC (approximately $450 million) between addresses, but what makes this transaction special is the fact that the fee they paid was only $0.25. In the world of banks, any such transaction would have ended up costing millions of dollars in itself.

With Bitcoin, sending half a billion dollars from one account to another came for a single quarter, which is pretty much a 0% fee. An even more interesting fact, as some have pointed out, that the whale has likely still overpaid their transaction, as they could have easily had it sorted for a single cent if they were willing to wait a bit longer.

ARK Invest’s crypto-asset analyst, Yassine Elmandjra, noted that this is a ‘beautiful display of Bitcoin as a trust-minimized global settlement system.’ Furthermore, transactions like these could end up being quite bullish for the Bitcoin market. Analysts have recently noted that the market is not yet fully under the bulls’ control, but transactions like these could help change that.

Despite all the benefits and success, it has seen so far; it appears that Bitcoins is still not ready to become an actual currency. Even Twitter’s CEO, Jack Dorsey said as much, and he is one of the most vocal Bitcoin supporters.

According to Dorsey, Bitcoin is not functional as a currency at this time, which likely refers to its base layer processing speed. It is known that BTC has difficulties in scaling, and it can only process seven transactions per second, which is far from adequate, considering its user base. However, developers are not giving up, and they keep inventing and testing scaling solutions that might resolve the issues.