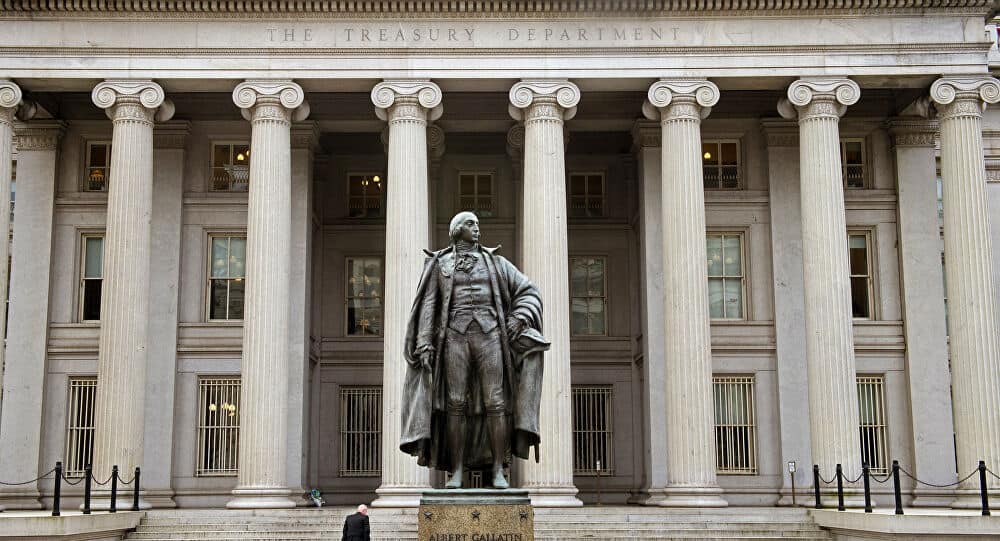 The US Department of the Treasury has recently sanctioned two Chinese nationals who were participating in a cryptocurrency money-laundering scheme. The two are also suspected to have ties to a cyberattack on a crypto exchange performed by the hacking team called the Lazarus Group.

The two Chinese nationals in question are Li Jiadong and Tian Yinyin, who allegedly helped with the laundering of cryptocurrency stolen by North Korean hackers. The money is believed to be stolen from a crypto exchange that was hit in 2018 when the attackers stole roughly $250 million in crypto.

The US Department of Justice also unsealed a two-count indictment that was soon after published on Twitter, by the former Senate Counterterrorism Advisor and USG Intel Policy Officer, Seamus Hughes.

What did the documents reveal?

According to the document, the DoJ revealed that the two Chinese nationals laundered over $100 million in digital currency stolen in the exchange hack.

Li and Tian were then charged with money laundering, as well as operating an unlicensed money transmitting business. Both individuals were found to own accounts on two different crypto trading platforms, which were unidentified, and were only referred to as exchanges A and B.

The document continues to say that the two “accessed the US financial system,’ allegedly in order to pull off the scheme under usernames “khaleesi” and “snowsjohn.” The move has put them in the DoJ’s jurisdiction, and they also received plenty of ridicule from the crypto community.

As for the Treasury, it pointed out that the Democratic People’s Republic of Korea is training people to hack. It appears that the issues started when one of the exchange’s employees downloaded a malicious email which researchers later recognized as one of DPRK origin.

The phishing attack allowed hackers to access the exchange and sensitive data of its customers, which included private keys of its wallets. That is when the Lazarus Group attacked, using the access to steal $250 million in crypto. This theft brought North Korea about half of all the cryptocurrency that it stole in 2018.

After that, Li and Tian transferred the coins through exchanges and bank accounts, obfuscating their source along the way, buying prepaid Apple iTunes gift cards, and using them to buy new, “clean” BTC.

The move placed a target on the two individuals’ backs, and likely on anyone else who worked with them or had done any sort of business with them, including financial institutions.