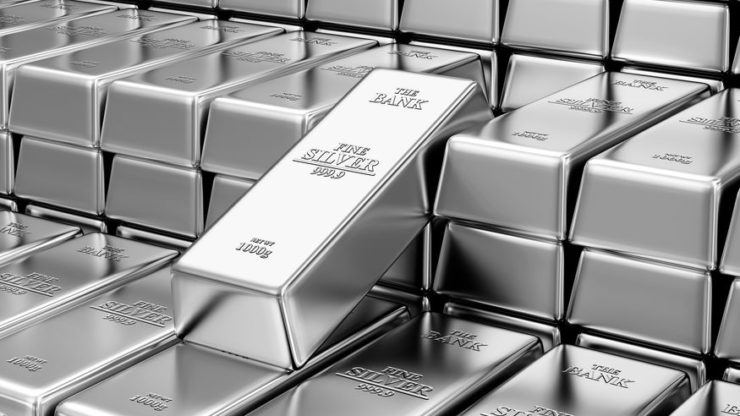 Silver, whose price is generally joined at the hip with that of gold, is struggling to catch up with its wealthier cousin. There is a yawning gap in the pricing ratio between the two precious metals. So much so that, as on Monday, the gold-silver ratio traded at around 109. This means that 109 ounces of silver equal in value to one ounce of gold. This ratio had trended as high as 120 in recent times.

The price of silver has never been so cheap relative to gold. The gap has grown wider due to the sharp appreciation in gold resulting from safe-haven buying due to the COVID-19 crisis and rampant expansion of money supply from central banks around the world to douse recessionary fears.

On the other hand, silver has suffered from the disappearance of industrial demand amidst global lockdowns from the virus crisis. Recessionary conditions affect silver more because of its myriad of uses in manufacturing – why some people refer to it as an expensive industrial metal rather than a precious metal. Note that industrial applications account for nearly 70% of silver demand.

The current economic conditions are therefore tailor-made for the spike that we see in the gold-silver ratio. Similar spikes were observed when Hitler triggered WWII with the invasion of Poland (98:1), and in 1991 at the time of the Gulf War (100:1). It traded around 80 at the time of the GFC in 2008-2009.

To put this ratio in perspective, it stood at just 12.5 in 323 BC when Alexander the Great died. In mid-March this year the ratio rose to an unbelievable 124.1 at the height of the virus crisis.

Further, according to ZeroHedge, silver has historically outperformed gold in a gold bull market.

However, the more interesting part of this spike it that it usually returns to near about its historical average, currently prevalent between 50 and 80 over the past decades.

Snapback in the ratio?

This ‘mean-reversion’ can happen quickly, particularly when the gold price consolidates after a rally, and some fundamental factors change positively for the white metal. In the current, pandemic-hit situation, countries may be forced to lift lockdowns and restart economies amidst new rules for the new normal.

Industrial demand may, therefore, revive for silver, though by how much is still a guessing exercise.

Investors are already piling into silver. Global silver ETF holdings are estimated last week at 675 million ounces versus 530 million ounces a year ago.

According to Seeking Alpha analyst Nathan Rines, the gold-silver ratio is perched at a 100-year extreme, and due to its likely and traditional mean-reversion, silver may be ripe for a 40% plus breakout.