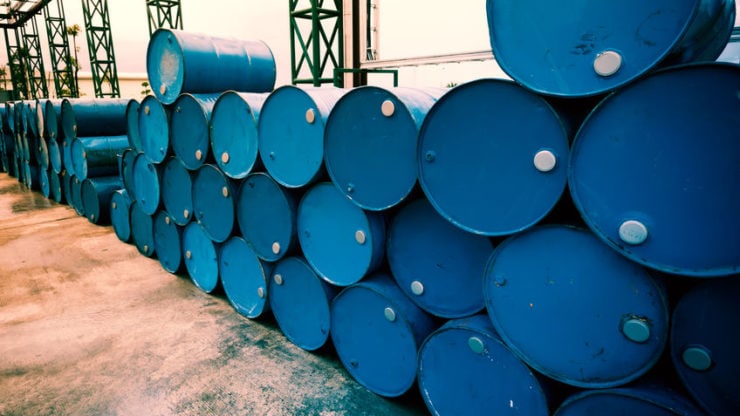 May could turn out to be WTI crude’s best month ever, having rallied over 70% this month, and the key driver could be expectations that the crude oil market may be near rebalancing.

Russia’s oil ministry expects demand and supply for the pandemic-stricken commodity to rebalance by July. “For now, the surplus stands at around 7-12 million barrels per day. The energy ministry is counting on the market to balance out in June – July thanks to a consumption increase,” the ministry said, quoting energy minister Alexander Novak.

Crude oil traders appear to be counting on a rebalance, with the commodity having posted four consecutive weeks of price gains.

Meanwhile, OPEC+ producers have shown some resolve on implementing their agreement to cut crude oil production by approximately 10% effective May 1.

According to IHS Markit, U.S. crude oil production could drop by 1.75 million barrels a day by early June. Of this, a lot could return in the summer and fall months if WTIC crude prices remain around the current $34 level. Regrettably, a third of this is likely to be more or less permanent for the long-term.

By one estimate, Norway, Canada, and the U.S. have together slashed production between 3.5 and 4.5 million barrels per day since the virus crisis started.

“US production is now at multi-year lows and that’s important. If you take the shale basins in the US and look at drilling activity there, it’s down almost 60% since the start of the year,” said National Australia Bank (OTCMKTS: NAUBF) head of commodity strategy, Lachlan Shaw to AFR. “Cushing inventories fell by the largest weekly amount ever, coming after a fall in the previous week. From a fundamental point of view, [the oil market is] rebalancing a lot more quickly than people might have been anticipating.”

Globally, COVID-hit countries are easing lockdowns because the cure could be worse than the disease. The economic repercussions from further lockdowns have forced governments to resume normal life in a phased manner and with restrictions. As a result, businesses are struggling back to their feet, and people are driving out more, reinvigorating demand for gasoline.

Meanwhile, Chinese crude oil demand in May is forecast to be nearly 92% of what it was in May 2019.

In the event of an economic recovery, a resurgence in demand will be fuelled by “150 million new urban residents in India and Africa traveling, working in factories and buying products transported by trucks,” said Fatih Birol, head of the IEA.

“The oil market rebalancing continues to gather speed, driven by both supply and demand improvements … These improvements are taking out the risk of a sharp pull-back in prices although we reiterate our view that the rebalancing will take time,” Goldman Sachs said in a recent note.

“Risk” is right. The deepening tensions between the U.S. and China relating to COVID have surged after Beijing made moves to end Hong Kong’s autonomy.

Again, China shocked the world by abandoning its GDP growth target for this year, a historic move not seen in decades. It cited “the great uncertainty regarding the Covid-19 pandemic and the world economic and trade environment.”

However, the gorilla in the room is the risk from the second wave of COVID-19 infections, if it happens, and the steps governments around the world will take to combat it.