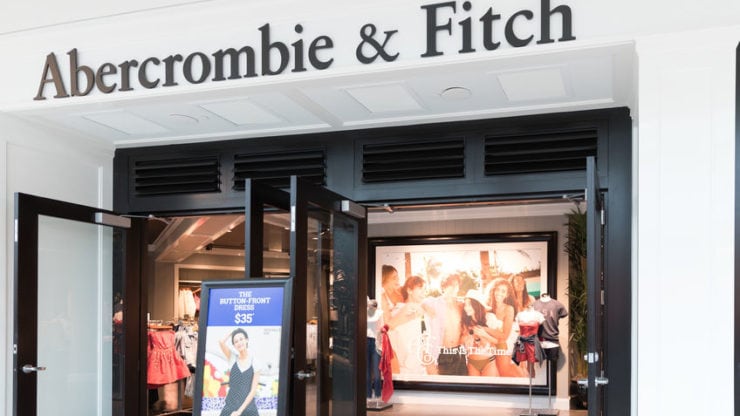 Abercrombie & Fitch (NYSE: ANF) released its quarterly financial results on Thursday that posted a 34% decline in sales in the first quarter. The company attributed the decline to the Coronavirus pandemic that pushed its countrywide stores into temporarily shutting down. The global retail market has taken a massive hit due to COVID-19 with prominent names like J. Crew pushed into bankruptcy.

Shares of the company were reported 6% down in premarket trading on Thursday. At £10.15 per share, Abercrombie & Fitch is currently 30% down year to date in the stock market. Learn more about value investing strategy.

In the same quarter last year, the American lifestyle retailer had recorded £597.26 million worth of net sales. The company said that sales in its Hollister brand saw a 36% decline in the recent quarter while Abercrombie brand noted a 30% decline in sales.

At £198.62 million, Abercrombie’s net loss in the quarter that ended on 2nd May came in much higher than £15.62 million in the same quarter last year. The retailer cited the rising Coronavirus uncertainty for not giving its Q2 or full-year financial guidance on Thursday.

Abercrombie & Fitch posts a 25% growth in digital sales in Q1

CEO Fran Horowitz of the New Albany-headquartered company highlighted in the report that 409 of its worldwide retail stores have now resumed operations as governments start to ease COVID-19 restrictions. In terms of digital sales, she added, the retailer registered a 25% year over year growth in the first quarter; a trend that continues to date.

Abercrombie concluded the recent quarter with £572.84 million in cash and investment securities. The company also have £347.45 million of inventories that translate to a 1% decline versus last year.

As per the CEO, the retailer’s productivity as it reopens stores amidst the health crisis is currently at 60% in Europe, Africa, and the Middle East, and at 80% in the United States.

Abercrombie’s performance in the stock market was also reported downbeat last year with an annual decline of about 10%. At the time of writing, the U.S lifestyle retailer is valued at £625 million and has a price to earnings ratio of 20.78.

Mr. Khan specialises in Public Health by academia but is a trader by passion. Taking up two new hobbies of writing and trading in his teen years, he is now a professional trader and news writer with over 5 years of experience in various financial markets. Khan is passionate about bringing insightful articles to his readers and hopes to add value to their portfolios.
Related news
Macy’s stock price extends its bullish run, now up 18% on the week
1st July, 13:57
Capri Holdings’ Q4 revenue slides 11.3% as COVID-19 shuts stores in recent months
1st July, 13:50
General Mills reports a 21% increase in Q4 sales as COVID-19 fuels at-home dining
1st July, 13:10
Hammerson collects only 16% of Q3 rents in the UK due to COVID-19 challenges
1st July, 12:16
FedEx tops analysts’ estimates for profit and revenue in the fourth quarter
1st July, 11:32
Related market data