Here’s why Goldman Sachs is right about its $2,000 gold price target 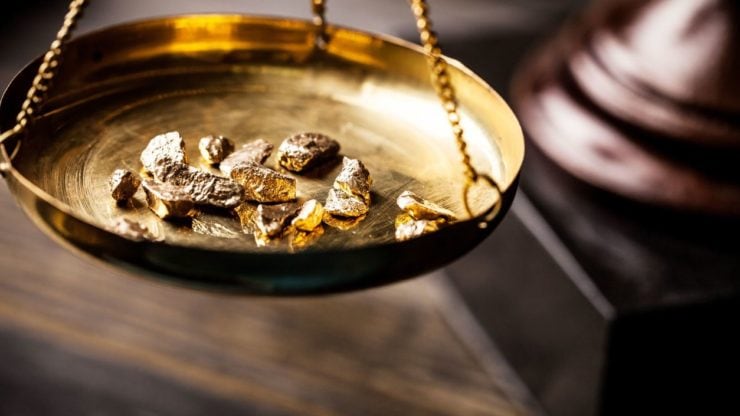 Gold price rose by more than 0.80% after a bullish call by Goldman Sachs. Its price is trading at $1,736, which is the highest it has been since June 12.

Goldman Sachs updated its prediction on gold today. In a note, the Wall Street firm said that gold price will hit $2,000 in the next 12 months. It expects it to hit $1,800 in the next three months and $1,900 in the next six months.

The analysts point to currency debasement due to emerging global risks. Among the key risks are the United States election, geopolitical risks in the Korean Peninsula, and trade conflict between the United States and China. They also expect the US dollar to be relatively weak in the next 12 months as countries readjust after the pandemic. The statement said:

“Policy uncertainty aside, we believe that debasement fears remain the key driver of gold prices in a post-crisis environment such as this.”

Goldman Sachs expects lower interest rates and quantitative easing policies to boost gold price. This is because, in theory, lower rates tend to lead to be bullish for gold. That is because lower rates incentivise people to put their money in other assets like gold and stocks.

Goldman is not the only bank bullish on gold. Two months ago, analysts at Bank of America raised their 18-month target to $3,000. The analysts said:

In February, analysts at Citi also raised their gold target to $2,000 citing the growing coronavirus risks. Those at Morgan Stanley expect the price to rise to $2,200 while those at JP Morgan have been relatively bullish.

A brief look at a longer-term chart shows that Goldman Sachs is right about gold price. The monthly chart above shows that gold price reached its all-time high of $1,916 in August 2011. At the time, the price was gaining after the Fed started its biggest quantitative easing program.

After the post-crisis rally, the price dropped to a low of $1,046 on 1st December 2015. Interestingly, this price was along the 50% Fibonacci retracement level. This retracement is drawn by connecting gold price all-time high and its lowest level in 2001.

Since then, the price of gold has been in an upward trend. A closer look at this pattern shows that the price is attempting to form a cup and handle pattern. Also, the price is above the 50-day and 100-day exponential moving averages. It has also moved past the 23.6% retracement at $1,500.

Therefore, there is a possibility that the price will continue to rise, albeit slowly as bulls first target the previous high. If the thesis works out, the price will then retest $1,500 – to complete the handle part. It will then rise possibly to $2,000 and above.