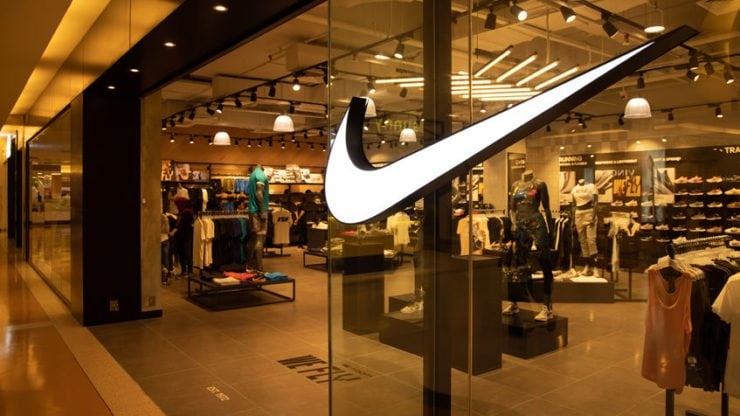 Nike (NYSE: NKE) released its quarterly financial results on Thursday that posted a 38% year over year decline in sales. The company attributed its downbeat performance to the Coronavirus pandemic that pushed its stores into temporarily shutting down in recent months.

Shares of the company were reported more than 3% down in extended trading on Thursday. At £78.62 per share, Nike is currently 4% down year to date in the stock market after recovering from a low of £50.69 per share in March.

According to Refinitiv, experts had forecast the company to print £5.91 billion in revenue in the fourth quarter. Their estimate for earnings per share (EPS) was capped at 5.65 pence. In its report on Thursday, Nike missed both estimates posting a lower £5.09 billion in revenue in Q4 as it swung to a loss of 41.46 pence per share.

At £637.61 million, the sportswear retailer’s net loss in the fourth quarter came in much higher than £798.22 million net income in the same quarter last year. Nike recently announced Juneteenth to be an annual paid holiday.

Nike said that it had reopened the majority of its stores in China after months of inactivity due to COVID-19. Consequently, its sales were down by only 3% in China as compared to a much broader 46% decline that it noted in North America in the recent quarter.

As the ongoing pandemic restricted people to their homes, the Beaverton-headquartered company saw a 75% increase in its digital sales. Online sales made up 30% of Nike’s total quarterly revenue in Q4. The company now targets digital sales to make up 50% of its total revenue in the upcoming years.

Owing to rising expenses, Nike’s margins contracted from 45.5% in the comparable quarter of last year to 37.3% in the recent quarter. The American multinational predicted its annual revenue to remain flat or slightly up but refrained from giving detailed full-year guidance for fiscal 2021.

Other noticeable figures in Nike’s earnings report on Thursday include a 38% decline in Converse brand sales, and a 31% increase in its inventories. For the Nike brand, equipment sales came in 53% lower, apparels sales 42% lower, and footwear sales 35% lower in the fourth quarter.