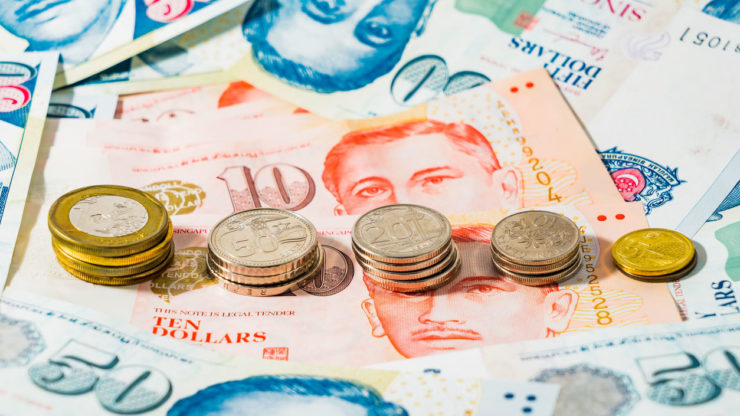 The USD/SGD is reacting to data from Singapore Statistics on the country’s recession in the second quarter. The numbers showed that the country’s economy contracted by a whopping 41.2% in the quarter after dropping by 3.3% in Q1. Analysts polled by Reuters were expecting the economy to contract by 37.4%.

The economy weakened by an annualised rate of 12.6% after dropping by 0.3% in Q1. Analysts were expecting the economy to contract by 10.5%. The new figures suggest that the economy contracted by 6.5% on the first six months of the year.

The statistics office attributed the decline to the Circuit Breaker (CB) measures the government implemented to prevent the spread of COVID-19. Most of the contraction in the quarter were mostly because of April and May. The government started to ease the two-month circuit breaker in June, allowing most businesses to resume operations.

On an annual basis, the manufacturing sector grew by 2.5% after growing by 8.2% in the first quarter. This increase was partly due to a surge in demand for healthcare and biomedical equipment. As more people stayed at home, the construction output declined by a record 54.7% after falling by 1.1% in Q1. The services producing industries contracted by 13.6%.

On a QoQ basis, the manufacturing sector weakened by 23.1% while construction declined by 95.6%. Services fell by 37.7%. The office attributed the decline in construction to the CB measures that prevented most people to work.

The weakness in the tourism sector had a negative impact to the services sector. The report said:

“Other outward-oriented services sectors such as wholesale trade and water transport were adversely affected by a fall in external demand as many countries around the world grappled with the COVID-19 pandemic.”

These numbers came a few days after the country’s ruling party won the national election, albeit at a smaller margin. Looking ahead, analysts expect the economy to resume growth at a lower rate in the third and fourth quarter.

The four-hour chart shows that the USD/SGD pair rose to an intraday high of 1.3937. This price has just moved above the 50-day and 100-day exponential moving averages. It has also formed a three white soldiers pattern. That means that the pair may continue rallying as bulls target the next resistance level at 1.3982.