Telefonica rolls out its 5G network in Spain 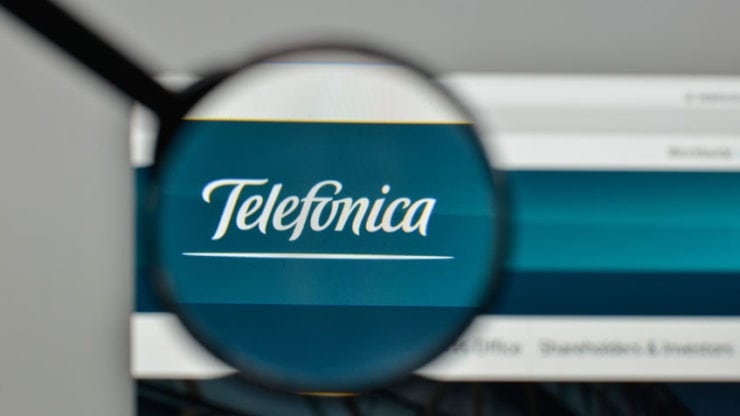 Telefonica (BME: TEF) rolled out its 5G network in Spain on Tuesday. The telecommunications company said that at least 75% of the population will have access to its next-gen mobile internet before the start of the next year.

In a statement on Tuesday, President Maria Alvarez-Pallete of Telefonica said:

“The launch of our 5G network constitutes a leap forward towards the hyperconnectivity that will change the future of Spain.”

Telefonica tanked about 5% in the stock market on Tuesday. It was reported trading at £5.64 per share at the start of 2020, but now has a significantly lower per-share price of £2.90 per share that marks the lowest in 2020 so far. Interested in trading stocks online? Here’s a simple guide to get you started.

Spain is the leader of digital infrastructure in Europe

Telecom operators from all across Europe have started launching their 5G networks for businesses and individual consumers. Users of smart devices will soon be able to benefit from unprecedently higher download speeds. As per Alvarez:

“Our network has always been a differential asset. People’s lives pass through it, and it has demonstrated unparalleled strength when it’s been most needed.”

Alvarez had pledged complete digitalisation of Spain, including public administration, small and medium companies, and citizens in July. Alvarez also said on Tuesday:

“Spain will reap great benefits. 5G constitutes not only a new generation of mobile telephony, but it’s also a revolution in terms of its practical applications for all the sectors, and because it allows the extension of ultra-broadband coverage to rural areas, many of them depopulated.”

According to Telefonica, Spain is the leader of digital infrastructures in Europe as its fibre optic network is the largest in the continent. The launch of the 5G network, as per the company, offers an impeccable opportunity for Spain to participate in the Fourth Industrial Revolution as the leader.

Telefonica has remained in the news this year for several reasons. Its German unit, Telefonica Deutschland, inked an agreement with Telxius in June, under which it will provide roughly 10,100 phone masts to the Madrid-based telecommunications infrastructure company. The agreement, as per Telefonica, was valued at £1.27 billion.

Telefonica’s performance in 2019 was fairly dovish with an annual decline of more than 10%. At the time of writing, it is valued at £15.42 billion.