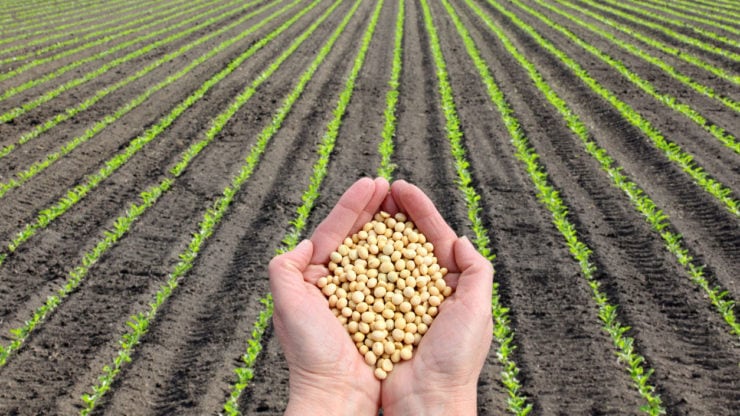 Soybean price reached the $11.752 per bushel mark in November this year, which is its highest price level since January 2016. The rising demand for U.S. soybeans results from China’s growing appetite for the soft commodity. Besides, Brazil has failed to meet the existing demand.

China is the largest consumer and importer of soybeans in the world. It imports about 75% of its soybeans. Argentina, Brazil, and the United States are the main source of the soft commodity consumed in this Asian country. As such, events in the three countries have a significant impact on soybean price.

The main use of the produce in the Middle Kingdom is poultry and pig feeds. Over the past two years, China has been on a recovery journey from the swine flu that devastated pig farming in the region in 2018/2019. As it rebuilds its pig herd, U.S. soybean exports to China are at the decade’s highest.

The US-China trade war prompted China to turn to Brazil for the supply of soybeans. For example, in September this year, China purchased 1.17 million tonnes of the produce from the U.S. The figure represents a 32.4% decline from last year. During the same period, the country’s soybean imports from Brazil rose by 51.4%.

Notably, Brazil is not in a position to satisfy China’s increasing appetite for soybeans. The incapacity is largely due to the harsh weather conditions experienced in the country. As the planting season begins, farmers have been experiencing La Nina; which is characterized by high temperatures and rains that are below average.

Argentina, which is also a major exporter of soybeans, has also recorded a decline in production. According to the November WASDE report, reduced soybean yields in Argentina and other foreign countries have caused oilseed production to reduce by 5.6 million tonnes to 473.3 million tonnes. In addition to the harsh weather conditions in South America, economic uncertainty in Argentina has lessened the expansion of the area under soybean farming.

China Turns to the US for soybeans

The shortage of soybean supply in South America has prompted China to turn to the U.S., which is one of the largest exporters of soybeans to China, for the produce. Besides, the Phase 1 trade deal has contributed to China’s demand of the U.S. soybeans. To fulfil its side of the deal, China needs to purchase over 43 million tonnes of US soybeans in 2020. Notably, it is yet to meet these numbers.

At the same time, USDA has indicated a decline in production in major soybean-producing areas within the U.S. Low yields have been recorded in Iowa, Illinois, Nebraska, Indiana, and Ohio. Subsequently, the forecast for soybean ending stocks is a reduction of 100 million from last month to 190 million bushels. Based on these factors, soybean price is bound to continue rising; which is a good opportunity if you are looking to invest in commodities.