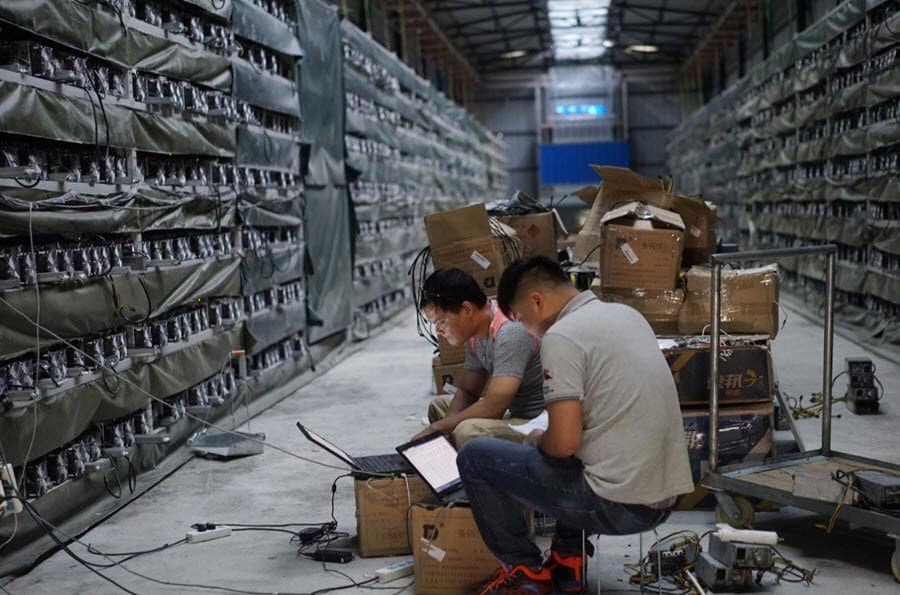 The coronavirus outbreak still continues to spread throughout China, which caused the country’s government to take a series of various measures to prevent it from spreading further. The existing quarantine is preventing people from going back to work, which caused numerous businesses to suffer.

This also includes a crypto mining farm that was forced to shut down until the epidemic has been handled. Jiang Zhuoer, the CEO of BTC.top, recently posted that all mining machines are now shut down in one of his mining farms located in a remote region of the country.

His post also says that the company was told that it will not be allowed to return to work for some time. He also insisted that this is the first time that the farm had stopped working and that the maintenance staff was always present before the quarantine was announced.

However, this is not the end of the problems for the crypto mining industry in China. Bitcoin mining gear makers are also forced to delay their after-sale services due to similar issues.

As many likely know, China is known for its cheap electricity and plentiful resources, especially in areas such as Sichuan, Xinjiang, Yunnan, and Inner Mongolia. This allowed them to contribute a lot to the country’s status as a major market for BTC miners. Companies such as Canaan Creative and Bitmain are among its largest chip manufacturers, with Bitmain itself producing around two-thirds of the world’s mining hardware.

However, all of these mining firms, as well as others, have published statements, announcing delays in their after-sale services until February 10th.

The virus outbreak could largely affect these firms’ plans and expected performance, especially with Bitcoin halving being less than 100 days away now. Many expect the event to have a serious impact on the coin’s price, which could cause a huge increase in interest among miners. However, the coronavirus outbreak is likely to overlap with the event, and it has yet to be seen how great of an impact these two events might have on the mining equipment maintenance or the delivery of new mining gear.