Boeing suspends production at all major commercial manufacturing facilities in the U.S 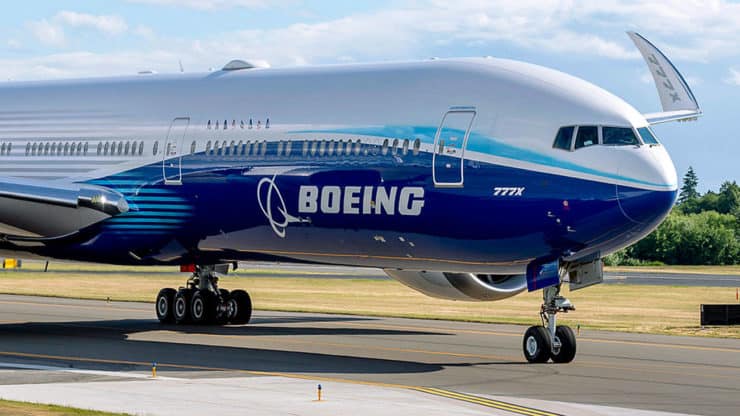 In its announcement on Monday, Boeing said that it will temporarily halt production at its South Carolina factory due to the sharply rising Coronavirus pandemic. The facility is dedicated to manufacturing Boeing’s 787 jetliner. According to the company, the shut down will start on Wednesday after the second shift and is likely to remain in place until further notice.

The largest U.S airplane manufacturer had also decided to extend the shutdown of its Seattle factories on Sunday. Its Moses Lake and Puget Sound factories dedicated to the production of Boeing’s wide-body aircraft have also been closed for an indefinite period. On Sunday, the company had said that the shutdown will not apply to its facilities in South Carolina.

Boeing’s helicopter plant that is located outside of Philadelphia was also closed on Friday.

Originally, the planemaker had closed its Washington factories for two weeks on March 23rd. As Coronavirus risk remains at its peak in the U.S, however, the company extended the shutdown of these facilities and suspended operations at its South Carolina factory until further notice on Monday. According to Boeing:

“These actions are being taken in light of the company’s continuing focus on the health and safety of employees, current assessment of the spread of COVID-19 in Washington state, the reliability of the supply chain and additional recommendations from government health authorities.”

Boeing’s recent announcements are a testimony of how heavily the pandemic is weighing on the travel and tourism industry. With 787 production suspended at its South Carolina facility, the virus has now pushed all prominent commercial airplane manufacturing factories of Boeing into a temporary shutdown.

Ever since the outbreak, Boeing was committed to making work-from-home arrangements for its employees. The assembly lines workers, however, were not able to relish such an opportunity. Boeing has so far reported 135 confirmed cases of COVID-19 at its factories. The company decided in favour of extending and expanding the shutdown of the production facilities following a Coronavirus related death of Boeing’s worker in Everett, Washington.

According to Boeing’s spokesperson, the company is offering medical benefits to all of its employees who have contracted the flu-like virus. During the shutdown, the company added, workers who are unable to work from home will be eligible for 10 days of pay. After this period, if the shutdown continues, employees will have to resort to their “Paid time off (PTO)” days.

Once they run out of PTO, workers will opt for “absent without pay” days and will be able to file for unemployment benefits.

Boeing’s stock dipped around 1% in after-hours trading on Monday.