Physical, spot gold at a premium versus futures 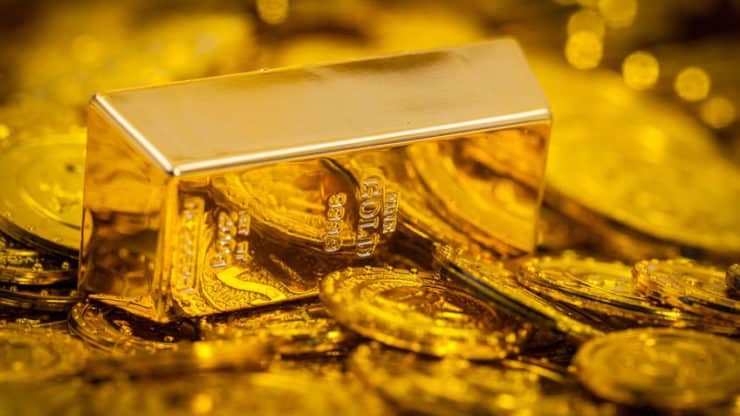 At the time of writing the London gold spot price is trading at $1,705 per ounce while the Comex June future is at $1,719, showing a spread of $14. However, last month this spread had ballooned to as much as $100.

According to one analyst, the futures price is being impacted by short-covering by bullion banks who have traditionally held large short positions. A fundamental change in large positioning has probably disrupted a supply squeeze in the New York gold market. While Comex futures settle in 100-ounce bars, the London spot market trades in 400-ounce bars.

Airline flight cancellations and lockdowns at gold refineries have exacerbated the logistical and supply situation of physical metal.

In extreme situations of supply disconnect such as in gold (and demand destruction in oil), there is a risk of market intermediaries landing in financial difficulties, even default.

This could spark a run on physical gold and push gold prices dramatically higher.

Can one take advantage of the massive spread (also referred to as EFP) between spot and future gold? Maybe you should not. “Until the machinery of the world is largely functioning normally again, you have to think very carefully about selling the EFP until you are sure you can get material to cover,” advised BMO Capital Markets’ head of metals derivatives trading to Bloomberg.

Meanwhile, Bloomberg reported Friday that Australia’s largest gold refinery is stepping up the production of its one-kilogram bars to meet the shortage of gold bars to settle Comex futures contracts.

“We’re producing as many kilobars as we can, we’re probably churning out seven and a half tons of them a week at the moment and we are forward sold well into May,” Richard Hayes, chief executive officer of the Perth Mint, said in an interview with Bloomberg. “A very large portion of those kilobars are ending up as Comex deliveries.”

The refinery also confirmed that the situation in physical supplies was compounded by strong retail demand for bullion in the U.S. and Europe as investors sought refuge in haven assets following the COVID crisis.

Analysts at Bank of America last week raised its 18-month gold price target by a massive $1,000 to $3,000 per ounce. In a report titled “The Fed Can’t Print Gold,” the analysts said:

“Beyond traditional gold supply and demand fundamentals, financial repression is back on an extraordinary scale.”

Writing in Forbes, investment advisor Frank Holmes said global stimulus, and the attendant increase in money supply, had acted like “Miracle-Gro” for gold prices. The trillions spent in the US stimulus, and those around the globe will flood money markets with excess liquidity.

Historically, the measure of money supply (M2) and gold prices have been closely correlated. When M2 grew more than 10% year-on-year, as in 2011, gold scaled an all-time high of $1,900. Money supply growth is already at 12% and may go higher.

Meanwhile, coming back to the physical scenario, it is now getting harder and more expensive to find and mine gold. New gold supply is therefore not likely to suddenly move higher in response to a rise in prices.