Will Kanye West’s partnership with Gap save the struggling retailer? 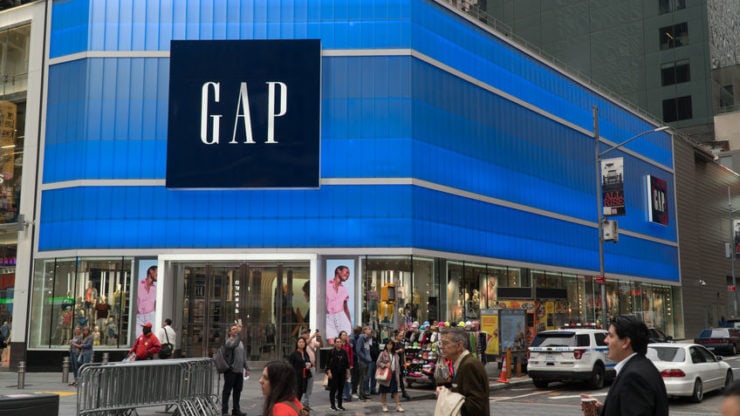 Global rapping star and entrepreneur Kanye West announced Friday a new partnership with retailer Gap Inc (NYSE: GPS) to bring the YEEZY brand to its stores. The YEEZY Gap line will be available for purchase at the core Gap brand and Gap.com in 2021.

West once worked at a Gap retail store when he was a teenager in Chicago and will be given creative direction on how to proceed with the YEEZY brand. West and his YEEZY design studio will be tasked with developing a new clothing line that will be sold at accessible price points.

West is the sole owner of the YEEZY brand that was valued just shy of $3 billion in April. West and his company will receive royalties along with potential equity in Gap based on certain sales achievements.

Gap’s struggles as a retailer predate the COVID-19 pandemic and have been ongoing for several years. The company fired its CEO Art Peck in 2019 after the executive’s turnaround plan failed to gain traction after he was named CEO in 2015.

Most recently, the pandemic resulted in Gap losing $1 billion in cash and the retailer said it won’t be paying rent in stores that are closed. This resulted in mall landlord Simon Property suing the chain for $66 million in overdue rent and other charges.

Granted, Gap argued the pandemic resulted in its stores being forced to shut down and the company is looking for “mutually agreeable solutions and fair rent terms.” But Simon insists that the requirement for Gap to pay rent in a timely fashion “has not been excused.”

West’s partnership with Gap comes at a time when Gap’s outlook remains questionable at best. According to one notable Wall Street analyst, the global icon scored a victory by securing a “very customer-relevant brand” in YEEZY.

YEEZY is particularly popular among younger customers that have shown a willingness to move away from the Gap brand over the years. Encouragingly, YEEZY brings to Gap a luxury name to a client group that loves and cares about fashion

But Gap’s stock soared nearly 20% immediately following the partnership announcement, giving Gap’s valuation by a “substantial” $700 million lift, Cowen analyst Oliver Chen said on CNBC’s “Closing Bell.” This might imply investors are expecting the partnership to translate to over $1 billion in sales over time. Gap also faces other external headwinds, including a large store base, especially within malls that suffer from poor foot traffic.

It remains to be seen if the partnership can live up to high expectations and investors may find better opportunities outside of the apparel retail segment.