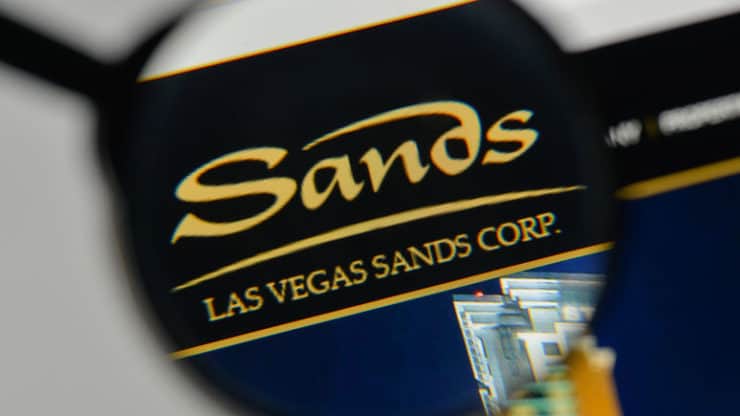 The global COVID-19 pandemic has ground the city of Las Vegas to a near-halt and any signs of a quick turnaround appear unrealistic. Most recently, the iconic Consumer Electronics Show is still five months away but the event that draws more than 170,000 attendees from around the world will shift to a purely online event.

Speaking to CNBC’s Contessa Brewer on Thursday, the casino exec said the cancellation of CES is certainly “hurtful” over the short-term. Casino operators like Las Vegas Sands count on large-scale events like CES to bring in guests that sleep in its hotel rooms, eat at its restaurants, and most importantly, gamble in its casinos.

“Las Vegas is a large-scale city by any means you measure it,” he said. “150,000 sleeping rooms, large conventions, large banquets. Lare is the word for Las Vegas, so not exactly an easy place to be in this environment.”

The city of Las Vegas and its casinos can’t begin thinking of a recovery until the introduction of a COVID-19 vaccine or “something that changes the consumer perception of this virus,” he said. Unfortunately, neither of these events are likely to be seen in the short-term.

But all hope isn’t lost for the casino stock. Despite its name, Las Vegas Sands derives around 90% of its total EBITDA from the gambling hub of Macau and Singapore. The Chinese government recently made a move that supports the region by providing broader visa issuances for Macau. However, the visa application doesn’t cover tourist visas — an equally important segment for the casino operators.

“It’s a step in the right direction, but not the step,” Goldstein said. “We’re tourist-driven.”

Las Vegas Sands reported last week its net revenue for the June-ending quarter was down a whopping 97%. The company also recorded a net loss just shy of $1 billion for the quarter.

Meanwhile, Las Vegas Sands is stuck with monthly expenses totaling $365 million and the company pledged to continue paying employees. The decision not to furlough employees was made by CEO Sheldon Adelson under the assumption that when there is a resumption of normalcy, the company will be better positioned than its peers.

“We believe this pandemic will eventually go away and we’ll be at the head of class in terms of desirability both for customers and also for employees,” he said.