Ethereum (ETH) price analysis: A correction or end of the rally? 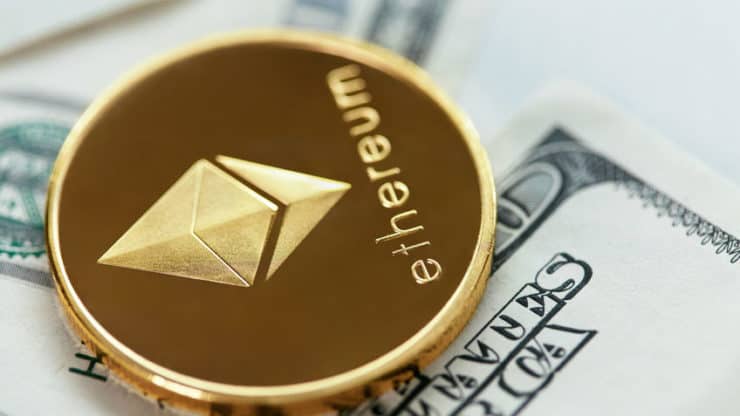 Ethereum (ETH/USD) price is trading around 20% lower this week despite hitting the highest levels since June 2018. Fundamentals have also approved for the world’s second largest digital asset as Ethereum network expanded from less than 1 million contract calls in June to 3 million per day.

A huge expansion in the Ethereum network, equal to an increase of 300% over a period of three months, will only increase the pressure on the network to roll out ETH 2.0 sooner rather than later.

The data was published by the blockchain data provider Glassnode which published the contract calls figures at Ethereum network following the sharp growth of decentralized finance (DeFi) this year.

DeFi protocols have become one of the biggest gas consumers on the Ethereum network, which represents a measure that’s closely tied with contract call volumes. Decentralized exchange protocol Uniswap and exchange aggregator 1inch use up hundreds of thousands in gas expenses every day, according to data provided by Eth Gas Station.

Furthermore, the number of contract calls started by the Externally Owned Accounts (EOAs) has soared from below 300 thousand to more than 850 thousand per day, year-to-date.

The amount of internal contract calls also surged by over 240% since the beginning of June, largely thanks to the growing menu of Yearn Finance clones and food-related yield farming projects such as Yam Finance and SUSHI.

A smart contract refers to the agreement between two participants in the form of a computer-generated code. A smart contract operates on the Ethereum network and cannot be changed or controlled.

All of the transactions that take place in a smart contract are handled by Ethereum, meaning that they can be performed immediately without an intermediary.

If Ethereum manages to roll out its new scalable version of the blockchain ETH 2.0 in time, the growth pace on the network could rapidly increase thanks to a large amount of new bandwidth which would boost growth for both users and contracts.

After coming close to tagging the $500 handle, it appears that early investors opted out of their positions to capitalize on an impressive bullish run that started in the mid-July. ETH price has corrected aggressively in the past few days to hit a 5-week low at $310 yesterday.

There is a major question whether this bearish move is just a correction or end of the rally. It appears that it could easily prove to be the latter given the scale and pace of the latest push lower.

A failure of the buyers to close above $365 – the horizontal support/resistance – will only add to their troubles in the week ahead. Looking lower, the zone between $290 – $305 is a great opportunity for investors looking to buy ETH for another potential bull run.

The number of contract calls on Ethereum network increased from less than 1 million to 3 million since June, translating to a percentage surge of 300%. In the meantime, Ethereum buyers failed to sustain huge gains they made in the past few weeks as the price action fell nearly 200 pips in just a few days.