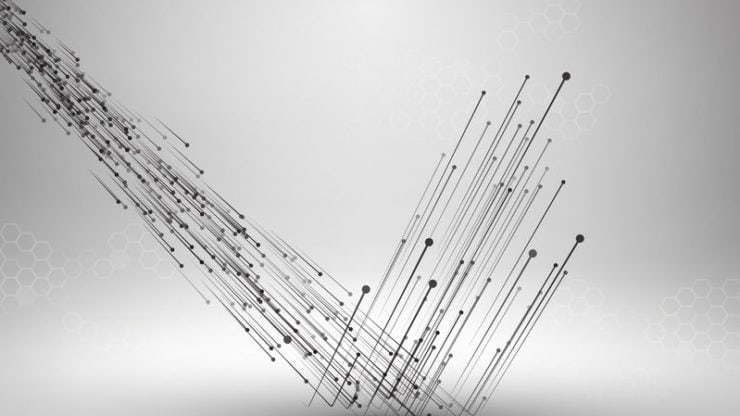 The cryptocurrency market is seeing another bullish wave, but while most of the top coins only surged by a bit — up to  5% — Chainlink (LINK) price went up by over 17% in 24 hours. At the moment, the coin is sitting just below $10, as the resistance continues to hold it down.

Chainlink has seen some rather impressive price performance in 2020, especially over the summer. In the early months of the year, the coin did follow the market trends, although without much enthusiasm.

It started the year with the price of $1.80, and the first bull run, which ended on February 14th, took it up to $4.17. While this was not bad at all at the time, it fades in comparison to what came later on.

Like the rest of the market, LINK price crashed in mid-March, when fear of the COVID-19 pandemic caused an economic meltdown. However, the coin started its recovery soon after that. While the recovery was slow, it was continuous, and LINK reached the February levels by June 1st.

However, its growth did not stop there. While a resistance at $4.5 did keep it for a time, the coin soon managed to break it and see a strong surge that doubled its price, taking it up to $8.5 by July 16th.

LINK then saw a short correction, which was then followed by a massive price growth that allowed it to hit a new ATH. just below $20 per coin.

Chainlink hit this record level on August 15th, and since then, its price has seen a very strong correction. While the drop was interrupted by an occasional growth, or stopped by support levels, LINK has been dropping continuously for the past month and a half, finally hitting bottom at $8.

Now, a new surge kicked off, allowing the coin to go up by 17%, almost reaching $10 once more. It remains to be seen if the surge will continue, or if this resistance at $10 will reject it, causing the correction to continue taking the coin’s price further down.

LINK has proven itself to be an excellent opportunity for all those who chose to buy Chainlink between the March drop and early July. Now, the coin is showing bullish signs again, causing the crypto industry to keep a close eye on it.