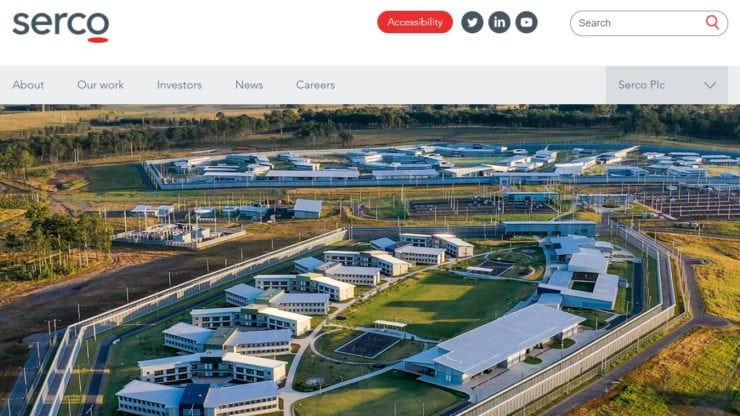 Serco Group plc (LON: SRP) reported better than expected results for the fiscal third quarter on Friday. The company attributed its quarterly success to cost cut measures, hawkish performance in the United States and extensions on its contracts in the U.K. Serco also raised its profit and revenue guidance for the full financial year on Friday.

The British outsourcer now forecasts £3.9 billion in annual revenue. It expects its underlying trading profit to fall between £160 million and £165 million. The figures represent a 15% organic growth in revenue and an even broader 30% organic growth in profit.

Serco tapped on its U.S. investors to raise £154 million in the third quarter, resulting in better than expected cash generation in Q3. The British company said it will announce its decision regarding reinstating dividend payments in the upcoming weeks.

In separate news from the United Kingdom, Jupiter Fund Management said on Friday that it suffered £1 billion in net outflows in Q3.

Serco acknowledged the impact of COVID-19 restrictions on its transport services, but said that additional work from Britain’s National Health Service helped offset the decline. It also received more work from immigration services in Australia. Serco was reported hunting for acquisition in September.

Serco forecasts up to £150 million of net debt

The Hook-headquartered company expressed confidence on Friday that performance in all regions showed resilience in recent months, but warned that uncertainty attributed to the COVID-19 crisis was likely to persist in 2021 as new cases continue to rise worldwide.

By the end of December, Serco now forecasts up to £150 million of net debt on an adjusted basis. The outsourcer posted annual growth of close to 65% in the stock market last year.

At the time of writing, the British company that provides services in nuclear facilities, prisons, hospitals, in over 20 countries has a market cap of £1.70 billion and a price to earnings ratio of 14.16.