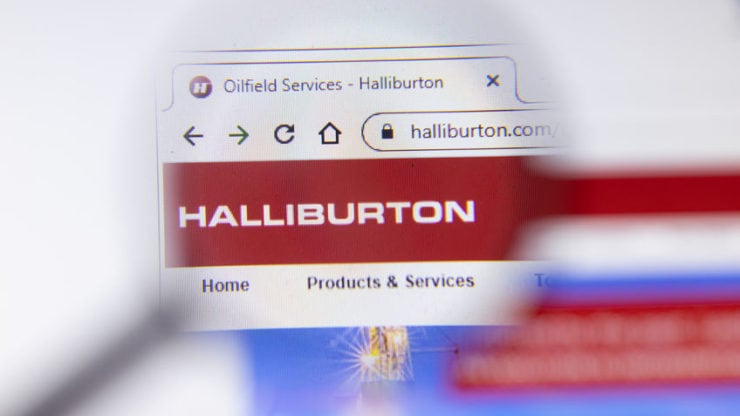 Shares of the company were reported about 2.1% up in premarket trading on Monday. Halliburton is now trading at £9.48 per share in the stock market versus a much higher £19 per share at the start of 2020. The stock had plummeted to as low as £3.55 per share in March due to COVID-19 disruptions. Trading stocks online is easier than you think. Here’s how you can buy shares online in 2020.

The Coronavirus pandemic has so far infected more than 8 million people in the United States and caused a little under 225 thousand deaths.

Adjusted for one-time items, including severance and other charges that it valued at £102.29 million in the recent quarter, the drilling oil and gas wells company earned 8.46 pence per share versus 6.15 pence expected, as per FactSet.

In terms of revenue, the Houston-based firm registered a 46% decline in the third quarter to £2.29 billion. According to FactSet, experts had forecast a higher £2.38 billion of revenue for Halliburton in Q3.

Other prominent figures in its earnings report on Monday include a 55% decline in revenue from completion and production to £1.21 billion and a 31% decline in evaluation revenue to £1.08 billion. FactSet consensus for revenue from the two segments stood at £1.30 billion and £1.09 billion, respectively.

CEO Jeff Miller commented on the financial report on Monday and said:

“The pace of activity declines in the international markets is slowing, while the North American industry structure continued to improve, and activity is stabilising.”

Halliburton’s performance in the stock market was slightly dovish last year with an annual decline of about 10%. At the time of writing, the U.S. company has a market cap of £8.28 billion.