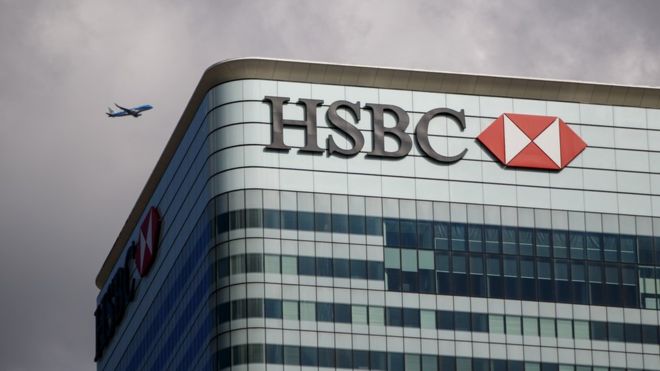 HSBC investment bank and financial services company has announced its earnings report this morning. The report highlights that both the revenue and profit targets have been missed. Mr. Noel Quin, the interim Chief Executive Officer (CEO) of HSBC has conceded that the circumstances are challenging but has expressed determination and utter commitment towards remodeling the bank directed at improving the performance in the future.

As per the report on Monday, HSBC has posted 6% lower pre-tax profits ($5.3 billion) for the third quarter as compared to the previous estimate by the analysts. The second quarter had seen the profits at $6.1 billion. The net profit has been posted as $2.9 billion that has fallen steeply by 14% and is significantly lower than the analysts’ forecast.

Officials from HSBC have blamed the ongoing economic uncertainty that has led to a decline in the client activity for worse than expected outlook.

Other than Brexit, the ongoing U.S – China trade negotiations continue to stir up uncertainty in the financial markets. On top of that, the current protests in Hong Kong have left HSBC particularly vulnerable to economic losses that have manifested in terms of reduced revenue and profitability of the company.

Revenue For Q3 Fell 4% Short Of The Forecast

While the revenue for HSBC was reported at $13.8 billion in Q2 of 2019, the third quarter has seen a fall to $13.2 billion that marks it almost 4% short of the analysts’ forecast. The stock opened at 598 GBX this morning. Following the earnings report, it has printed a 3.4% loss for the day so far and is currently trading around 590 GBX.

According to Mr. Noel Quinn, HSBC’s performance in the UK, Europe, and the U.S, has been particularly downbeat hinting at the need for immediate measures required to rectify the situation. He further added that the previous strategies have clearly gone obsolete and a thorough remodeling is required that will entail the capital taken away from businesses with lower returns. Further details of the remodeling, however, have not yet been made public.

As per the report by Financial Times earlier in October, the bank was expected to let go of as many as 10,000 jobs in the name of sweeping overhaul. An official statement from HSBC, however, states that their final plan of action will be announced before the Full-year report for the year 2019 expected to be released in February of 2020. Owing to the difficult market conditions, the bank has also expressed its concerns about missing the 11% tangible equity target set for 2020.