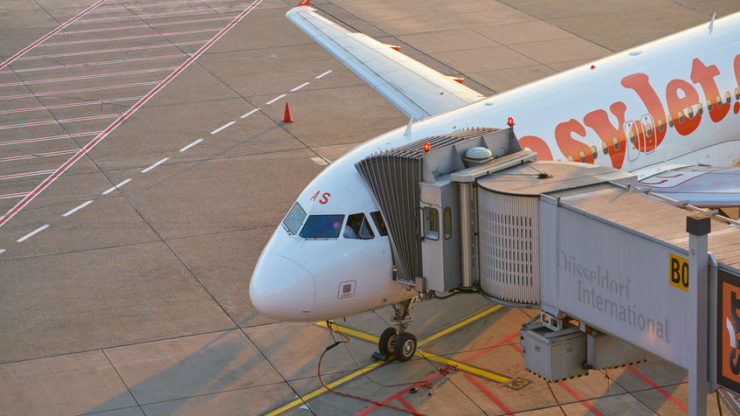 EasyJet (LON: EZJ) said on Tuesday that it has successfully negotiated with Airbus to defer deliveries of 24 aircraft. These aircraft are now scheduled to be delivered between the years 2025 and 2027. The British low-cost airline also highlighted that Airbus has agreed to offer additional flexibility on other orders as the air carrier shifts its focus to a smaller travel market. EasyJet resumed flying (minimal service) after more than two months on Monday. The air carrier hopes to speed up recovery in July.

EasyJet had announced in April that it will seek a delay in the delivery of these 24 planes. Shares of the company were reported more than 6% up in premarket trading on Tuesday. At £8.29 per share, EasyJet is currently more than 40% down year to date in the stock market after recovering from a low of £4.75 per share in early April.

EasyJet sees a need to cut 30% of its workforce

According to EasyJet, the global demand for air travel is not likely to return to the pre-virus levels before 2023. The UK-based airline met with novel financial struggles in recent months due to the Coronavirus pandemic that brought the global travel and tourism industry to a near halt and consequently weighed heavily on EasyJet’s revenue. Last month, EasyJet announced the need for slashing its workforce by 30% that represented roughly 4,500 jobs.

EasyJet founder Stelios Haji-Ioannou had initially forced the company to cancel the order. Following shareholders support, however, the airline decided to keep the order but defer the deliveries to a later year. The British airline said last week that two of its non-executive directors will step down in 2020.

EasyJet also revealed in its statement on Tuesday that the revised deal with Airbus adds a new option that enables it to withdraw from an order of up to 7 planes that are scheduled to be delivered between the years 2022 and 2026. The deal also offers added flexibility in terms of purchase options. According to CEO Johan Lundgren of EasyJet:

“The changes agreed defer capacity in the medium term while continuing our long-term strategy of replacing our older fleet with the advanced and lower fuel burning A320NEO family.”

The deferral deal, EasyJet commented, will result in an about £95 million additional expenditure in 2025 and 2027. In the upcoming sixteen months, however, the company’s cash flow will benefit significantly from the deferrals. Learn more about cash flow statements.