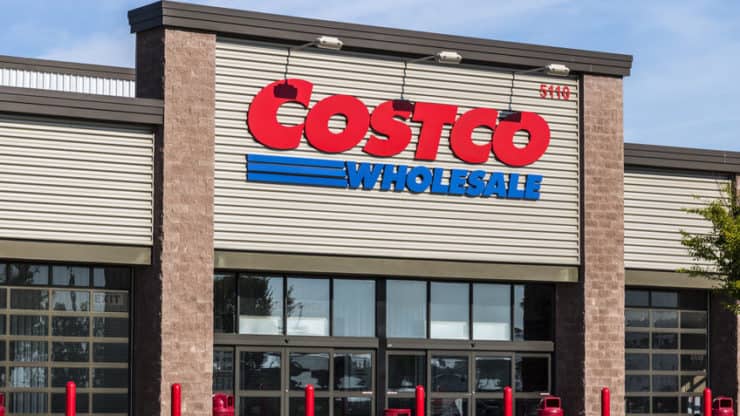 Owing to the rising uncertainty due to the Coronavirus pandemic, numberless businesses from across the globe have recently resorted to suspending or cutting dividend payments to preserve cash.

In its statement on Wednesday, however, Costco Wholesale Corp. (NASDAQ:COST) went against the trend and announced an increase in the quarterly dividend.

Costco To Pay 56 Pence Per Share In Quarterly Dividend

Costco said that it will now pay a quarterly dividend of 56 pence per share to the investors that marks a 7.7% increase from 52 pence per share that was declared earlier. On an annualized basis, Costco will now be paying £2.25 as a dividend to its shareholders. Wednesday’s increase marks the 16th year in a row for Costco to have hiked its dividend.

While the majority of corporate America has been hit hard due to the ongoing health crisis, companies which deal in packaged-food and grocery retailers have seen a significant increase in sales as the COVID-19 fears push consumers into stockpiling essential items to cope up with the quickly expanding lockdowns and strict social distancing measures in the United States.

The flu-like virus has so far infected more than 650,000 people in the United States and has caused over 32,500 deaths.

Costco announced upbeat figures for sales in March last week. The American multinational corporation recorded an 11.7% increase in net sales in March while its comparable sales were reported 9.6% up in the same time period. The company also said that its U.S sales saw a broader 10.7% increase in March. As Coronavirus restricted people to their homes in the U.S, Costco also noted a massive 48.3% increase in online sales.

At the time of writing, Costco is exchanging hands at £256 per share in the stock market that translates to a little under 10% increase in 2020 so far. Its performance in 2019 was also recorded largely upbeat with an annual gain of around 45%.

In late February, Costco hit a record-high of £261 per share in the stock market.

Costco Wholesale Corp. currently has a market cap of £113 billion and a price to earnings ratio of 37.30.